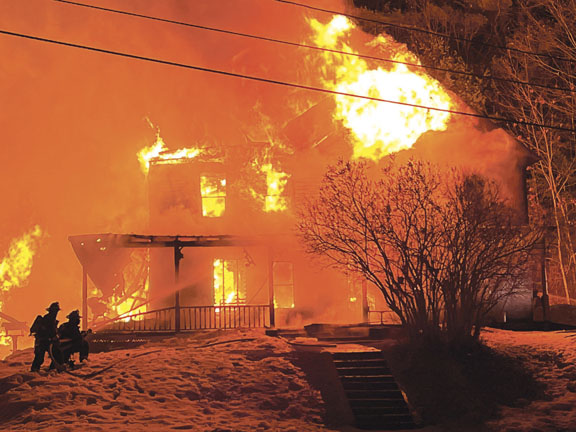 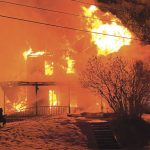 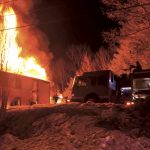 The Warrensburg Volunteer Fire Company responded to a fully involved structure on State Route 9 in Lake George. Flames were through the roof upon arrival. The first-arriving truck called for mutual aid from Lake George, Bolton Landing, Chestertown, Horicon and Thurman. Portable ponds were set up and thousands of gallons of water had to be trucked to the scene. The two-story house was a complete loss. Firefighters were hampered by 50 mph wind gusts which caused major concerns while trying to extinguish the blaze. An excavator was called in to remove the collapsed roof so firemen could finally put the fire out. The house which was well known in the North Country as the “Ginger Bread House,” used to be decorated every year at Christmas time to the delight of many travelers and local people. There were no injuries but three people were left homeless. 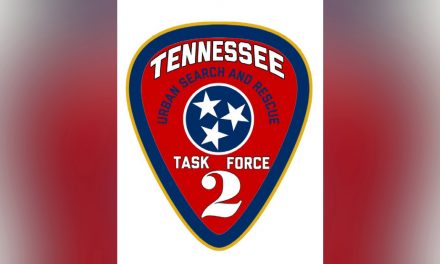 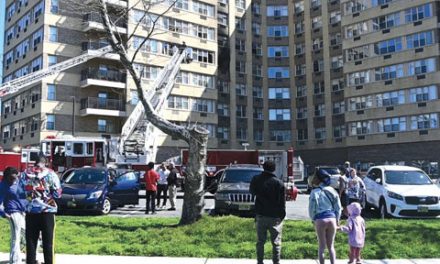