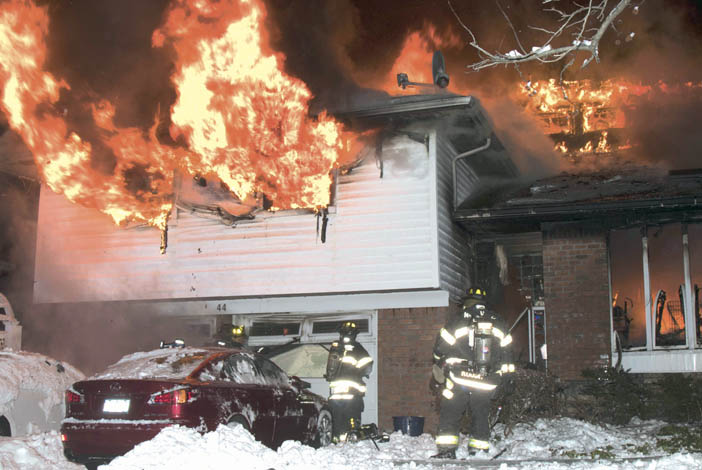 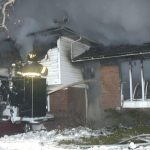 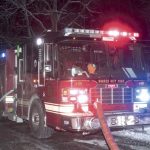 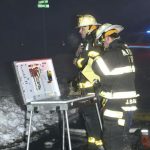 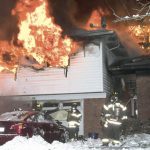 The Garden City Park Fire Department, along with mutual aid companies, operated at the scene of a multiple-alarm house fire on Green Drive in the Searingtown section of their district. Firefighters battled heavy fire throughout a two-story split level private dwelling in below freezing temperatures. Due to the significant fire load and many obstacles members encountered, the operation turned defensive with various handlines and a pair of tower ladders put into operation. Among the departments called for mutual aid were Williston Park, Garden City, South Floral Park, New Hyde Park, Mineola and Albertson. All occupants made it safely out of the home and the cause of the fire was under investigation. 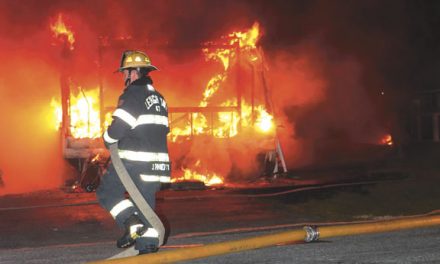 MVA into Yard in Shirley 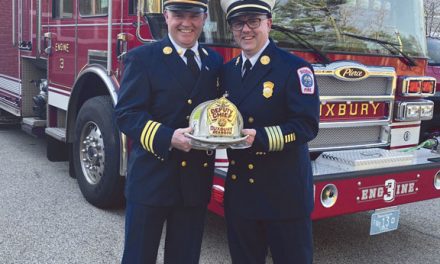