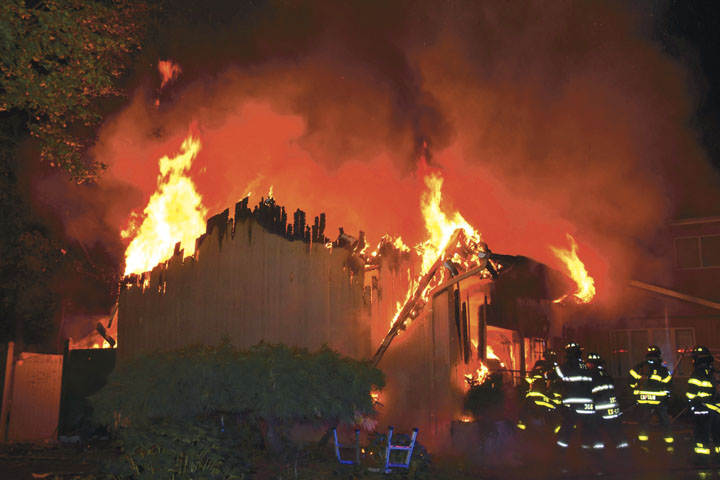 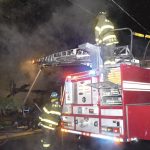 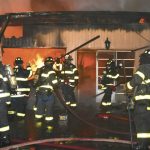 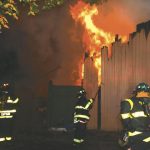 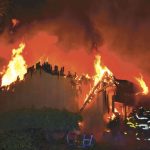 The Melville Fire Department was called to a house fire on Wolf Hill Road just after midnight. Second Assistant Chief Benfield arrived to smoke showing from a two-car attached garage. Chief of Department Kaplan arrived shortly after and took command. Engine 2-5-6 grabbed a nearby hydrant and Quint 2-5-1 set up in the driveway. As additional engines arrived, crews stretched and operated three lines to extinguish the now fully involved garage. The fire went through the roof and caused most of the garage to collapse. The master stream of 2-5-1 was used to extinguish any hot spots after crews backed the handlines out. The fire was brought under control in about 45 minutes with no reported injuries and was contained to the garage. Mutual aid to the scene was provided by Wyandanch, Dix Hills, Huntington Manor and Plainview. The cause of the fire was under investigation. 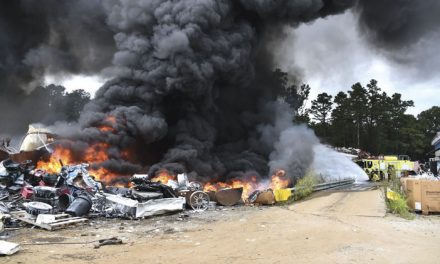 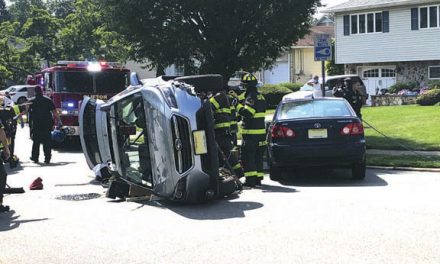 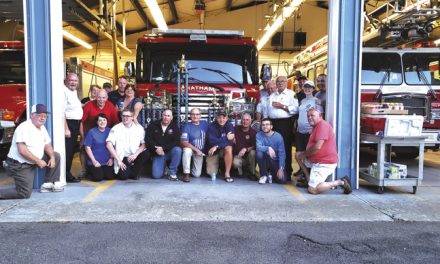