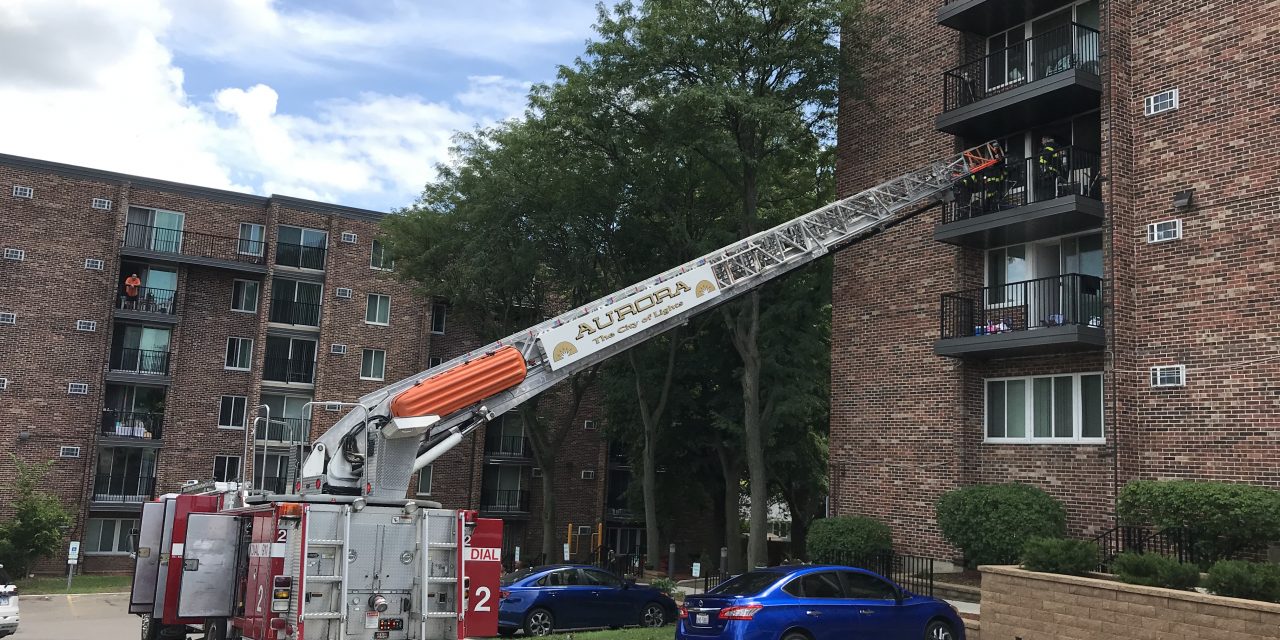 On July 29, 2020, at 1:07 p.m., the Aurora Fire Department responded to a structure fire in the 800 block of North Lake Street.  Aurora Central Dispatched received a call from a resident who stated that there was a fire in her apartment.  Upon arrival, firefighters found a six-story, multifamily apartment building with heavy smoke showing from the sliding glass door leading to the balcony from of a third-floor apartment.   The alarm was upgraded to a 2nd and 3rd alarm bringing a total of 40 firefighters to the scene.  Firefighters from the engine companies connected to the building’s standpipe system deploying hose lines to extinguish the fire while firefighters from the truck companies performed search and rescue operations.  The fire was under control within 15 minutes of arrival and was contained to the apartment of origin while all occupants were safely evacuated or sheltered-in-place.   Six residents were treated for minor smoke inhalation and transported to area hospitals while one firefighter was treated on the scene for a minor injury that did not require transport to the hospital.  Two Pace buses were requested to provide relief from the heat for the residents who were evacuated.   The apartment where the fire started and three adjacent units on the third floor were deemed uninhabitable displacing a five adults and 8 children. Building management assisted the residents with temporary housing. All other occupants were able to return to their apartments.  The total estimated dollar loss is $70,000 and the fire is under investigation at this time 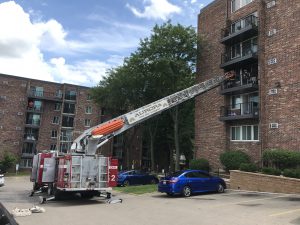 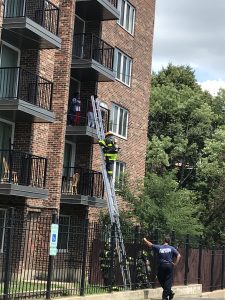 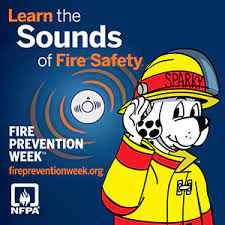 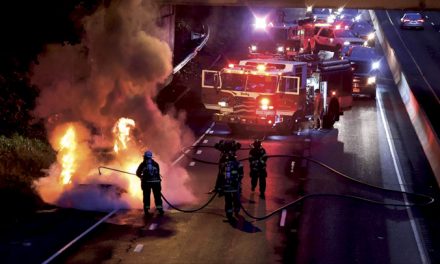