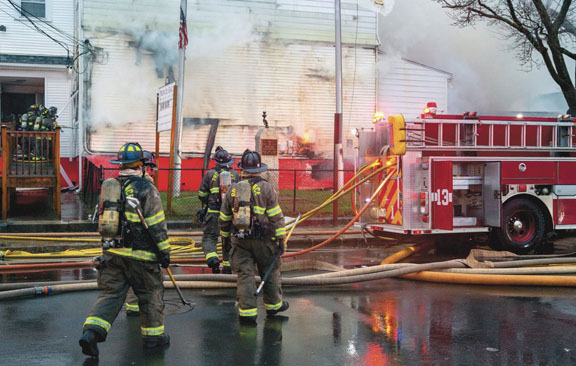 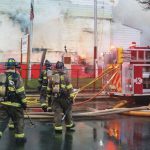 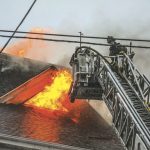 On Christmas morning 2020, the Providence (RI) Fire Department responded to the Prince Hall Masonic Temple, on Eddy Street for smoke coming from the building. On arrival, Engine 13 found heavy smoke showing from the large commercial building. As companies stretched in, they found the main body of fire in the basement. The fire appeared to have a great head start and had burned up through the building. Multiple lines were stretched and operated inside the structure but conditions continued to deteriorate and the Division 1 Chief made the decision to withdraw the companies and begin defensive operations. Three alarms were needed to bring the fire under control. The cause of the fire was under investigation. 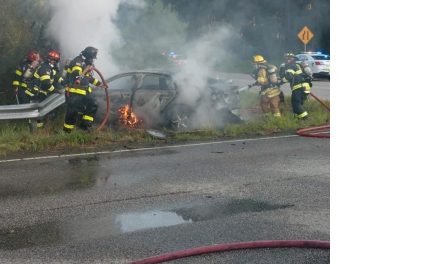 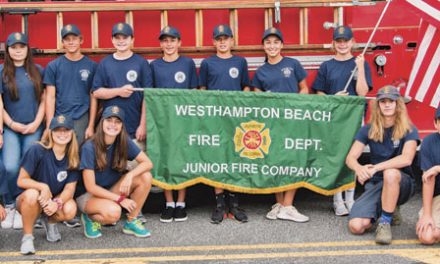 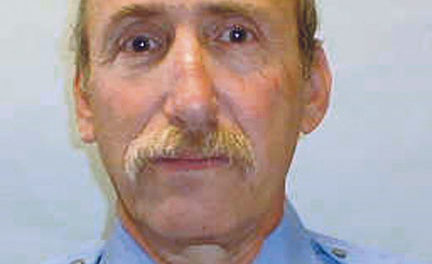