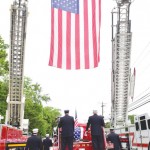 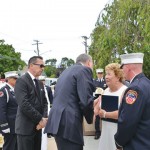 In the true tradition of the FDNY of never forgetting, Battalion Chief Lawrence Stack was laid to rest, 15 years after his death on 9/11. Thousands of mourners stood in St. James to honor Chief Stack as a flag-draped casket passed, carrying two tiny vials of blood, the only known remains of a comrade who died in the September 11 attacks. After holding out hope for 15 years that he would one day be identified, the family contacted the New York Blood Center, seeking to bury vials of blood that Chief Stack had donated prior to his death. “We told the New York Blood Center our story, that my father, FDNY Battalion Chief Larry Stack, was at the World Trade Center and we never got his remains. Now we can lay him to rest,” said Lieutenant Michael Stack. Chief Stack was the commander in charge of the safety battalion in 2001. He was last seen assisting a man who had injured his leg when the south tower collapsed with him on the ground below. “The Stacks will never forget the love he had for his family,” said Commissioner Nigro. “And we will never forget his sacrifice, his leadership, and most of all, his bravery.” 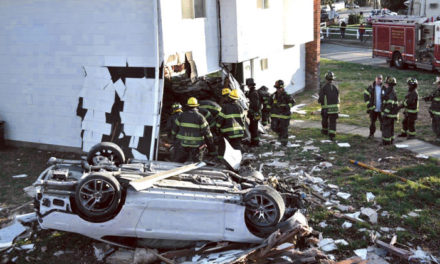 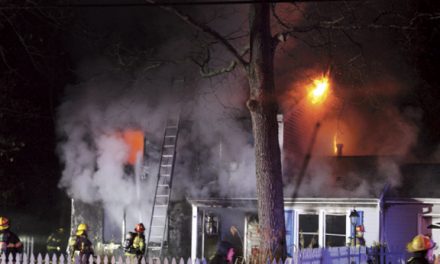