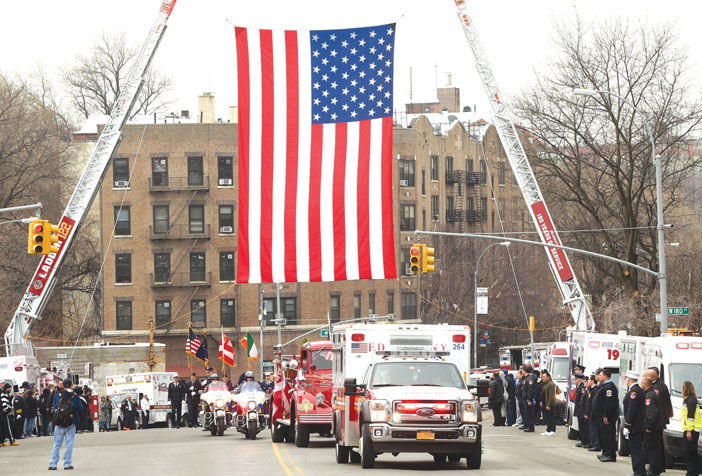 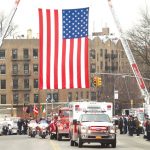 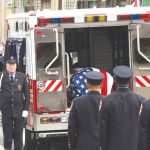 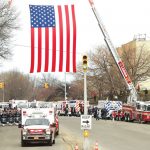 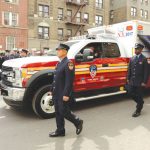 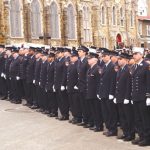 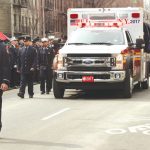 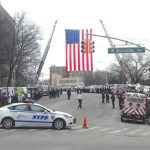 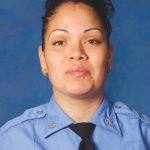 On March 25, 2017, FDNY EMT Yadira Arroyo was laid to rest in a spectacular show of support and solidarity on University Avenue in the South Bronx. Arroyo died in the Line of Duty on March 16, while operating at a call in the Bronx. Ambulances from the around the state and region lined each side of the street as an American flag flew in the wind attached to Ladder 122 from Park Slope in Brooklyn and the FDNY 150th Anniversary rig. 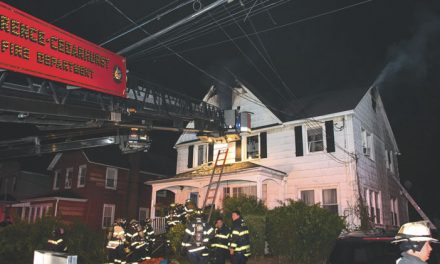 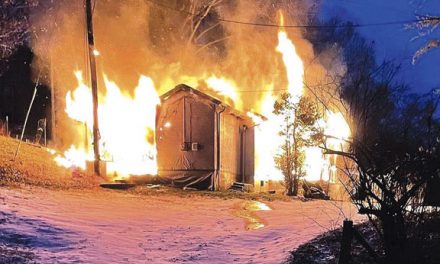