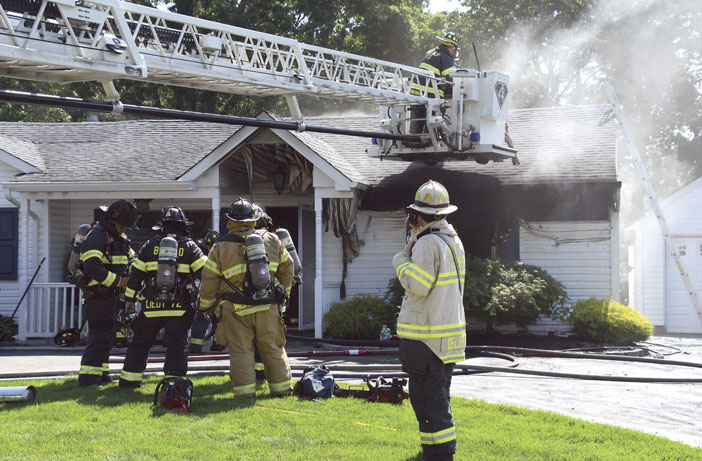 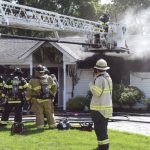 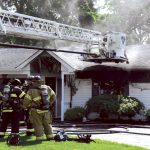 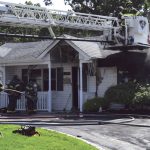 The West Islip Fire Department responded to a house fire with a person reported to be trapped on Udall Road. Second Assistant Chief Celeste arrived to find fire showing from a front window of a single-story home and a confirmed person trapped in that room. Quint 3-17-2 grabbed a hydrant across from the house. The crew from 3-17-2 and Engine 3-17-7 stretched and operated two lines and quickly had the fire knocked down. The crew from Ladder 3-17-4 laddered, searched and vented. While searching the fire room, firefighters found the victim who was pronounced deceased at the scene. One firefighter who attempted to get to the victim before units arrived suffered minor burns and was taken to South Shore University Hospital in Bay Shore. Also responding were Bay Shore, North Babylon and Babylon. The cause of the fire was under investigation. 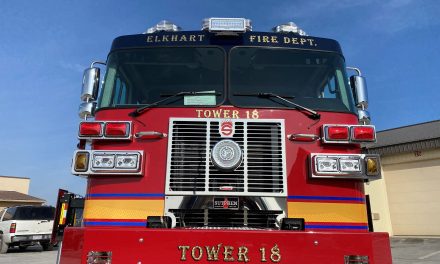 Another Day, Another Truck Rollover on LIE