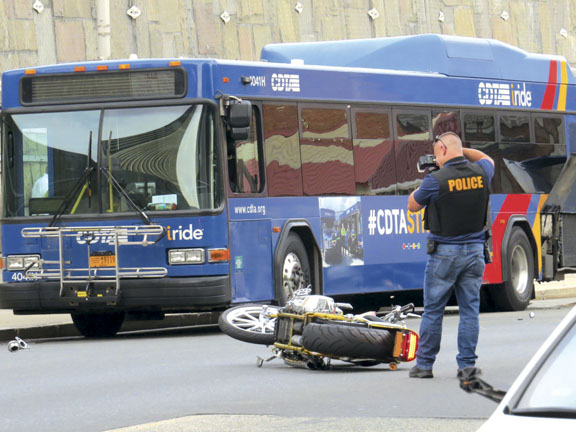 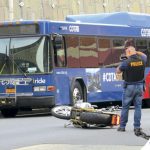 The Albany Police, Albany Fire and EMS responded to a serious crash involving a motorcycle and a CDTA bus on Madison Avenue near the State Museum. Upon arrival they found a 57-year-old motorcyclist on the ground with serious traumatic injuries. The man was subsequently pronounced dead at the scene. A preliminary investigation suggested that the motorcyclist was traveling westbound on Madison Avenue when he was struck by a vehicle that was making a left onto Madison. The crash forced the motorcycle into the left rear of the CDTA bus. The driver of the vehicle that struck the motorcyclist remained at the scene.