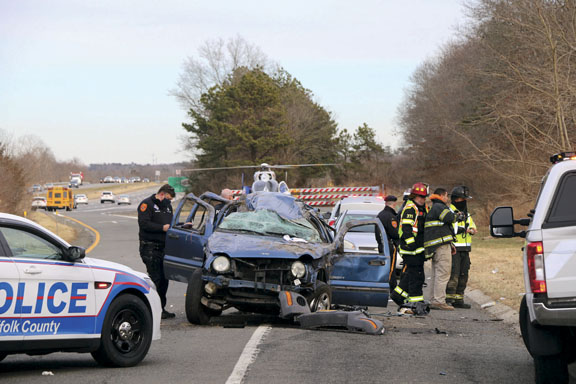 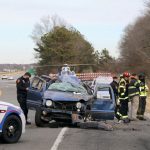 The Yaphank Fire Department was activated for an MVA with a reported overturn on the eastbound portion of the LIE. The vehicle crashed into a guardrail and overturned over an embankment, landing on the South Service Road near exit 66. The crew of Rescue 15 was assisted by Suffolk Police in removing an occupant from the vehicle. Multiple other occupants were ejected. Mutual aid ambulances came from North Patchogue, Farmingville and Gordon Heights. A Suffolk Police helicopter airlifted one patient to a nearby hospital. Three other passengers in the vehicle were transported via ground. One of the passengers was pronounced dead at a nearby hospital. The incident was under the command of Chief Zeruto. 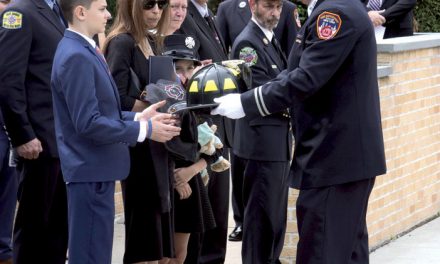 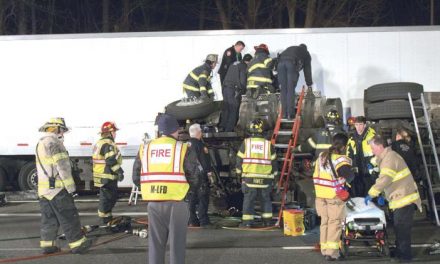