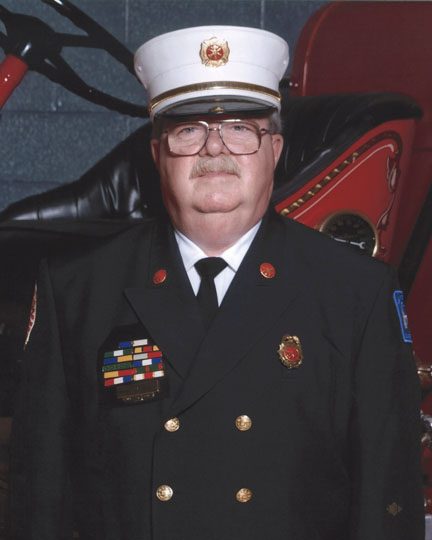 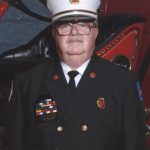 Born in Upper Darby (PA) on January 22, 1949, he was the son of the late Edward M. and Helen V. (Tyler) Rush, Sr. Mike was a graduate of Salesianum High School, and later served on the Salesianum Class of 1966 Reunion Committee. He continued his education at Goldey Beacom College, graduating in 1980, and was admitted into Who’s Who in American Universities and Colleges.

Mike proudly served his country in the US Marine Corps in the Western Pacific during the Vietnam War from 1969 to 1970. He was a life member of the Vietnam Veterans of America – Chapter DE0083, the General Thomas Holcomb Detachment Marine Corps League, and a member of the 3rd Marine Division Association. Mike was also actively involved in the American Legion Stahl Post 30 for over 35 years and the 29th Division Association (legacy).

Mike began working in the family-operated business, Rush Uniform, Inc., upon its establishment in 1963. Since that time, he took over operations of the entire business, which has expanded to include not only school uniforms and clergy apparel, but also police, fire, security, and industrial uniforms. Mike was an active participant with the Better Business Bureau, serving as past Board of Directors Member and past Executive Board Member. He was currently serving as a member of the Chairman’s Advisory Committee with Rush Uniform, Inc., being a charter member of the BBB. Mike received a tribute from the Governor and Lt. Governor for anniversary recognition of the Better Business Bureau Award Presentation in April of 2003. He also sponsored the Edward M. Rush, Sr., Memorial Award presented through the Better Business Bureau, which honors outstanding family-owned and operated BBB accredited companies which exemplify the ideals of the community and civic service.

Mike was a 50-year life member of Wilmington Manor Fire Company, serving 20 years as a line and administrative officer, including President and five years as Deputy Chief. During his service, he was awarded Member of the Year in 1973. Mike was presented with the title of Deputy Chief Emeritus by Wilmington Manor Fire Company on December 10, 2016. He also served 33 years as a life member and former Director of the Christiana Volunteer Fire Company. Mike was a past President of New Castle County Fire Chiefs’ Association in 1990, Delaware Valley Fire Chief’s Association in 1993 and the Delaware State Fire Chiefs Association in 2003.

Over the years, Mike sponsored and won many awards for his service as a fireman. He earned the 2nd Hurst Tool Green Cross Award in 1996 for Vehicle Rescue. Mike was also awarded the New Castle County Volunteer Firefighter’s Association Firefighter of the Year in 2012 and Fireman of the Year (2012), Hall of Fame Inductee (2014) and Lifetime Achievement Award (2016), all from the Delaware Volunteer Firefighter’s Association. He sponsored the Helen V. Rush Humanitarian Award through New Castle County Delaware State Fire Police, which honors a NCC Delaware State Fire Policeman active with his or her fire company, for humanitarian activities not exclusive to his or her fire company or fire service involvement. Mike also sponsored the Matthew Sopkanich Award through Five Points Fire Company, which honors an outstanding fire company or ladies auxiliary junior member.

Mike enjoyed helping others achieve their highest potential, dedicating more than 30 years as an instructor at the Delaware State Fire School, obtaining the title of Lifetime Instructor in 2016. He was also a member of the International Society of Fire Service Instructors for well over 20 years. Mike spent time helping his fellow first responders as a peer de-briefer for Delaware Critical Incident Stress Management Team. A friend to the community, he was a member and Vice Chairman of Selective Service Delaware Local Board 004. Mike also served as the former 1st Vice President of the Delaware Children’s Fire Safety Foundation. He was a member of the Health and Safety Committee and Out of State Coordinator Committee for the Delaware Volunteer Firefighters Association (DVFA), and was the Installation Chairman for the DVFA Conference Committee and a member of the Union Historical Fire Society.

A man of faith, Mike was the past Executive Officer of Our Lady of Fatima Church Parish Council. He served as a Trustee of St. Margaret of Scotland Catholic Church and was a former member and Executive Officer Diocesan Pastoral Council of the Diocese of Wilmington. Mike was an affiliate of the Catholic Firefighters International.

In his spare time, Mike was involved with the National Corvette Owners Association, the Lincoln Club of Delaware and served as past president of the Llangollen Civic Club. He was a member of the Pennsylvania Railroad Technical and Historical Society (Member 5790) as well as the Train Collector’s Association (TCA 09-63630). Additionally, Mike was the Wilmington Manor Rotary Club Business Person of the Year from 1995 to 1996. He was the recipient of the State House of Representative Award in February of 2003 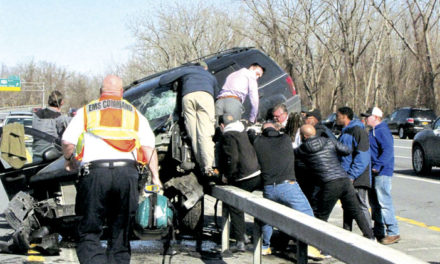 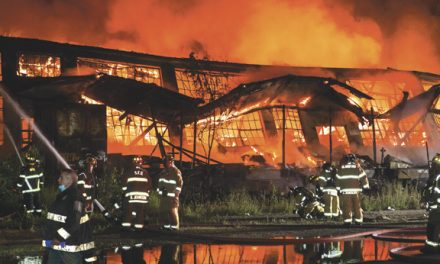