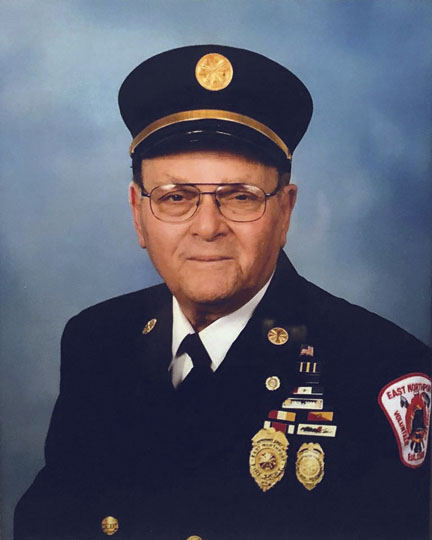 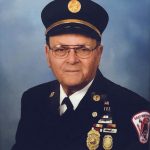 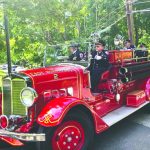 The East Northport Fire Department mourned the loss of Honorary Chief John Cetta, 78, a dedicated 53-year member who passed away on May 28, 2020. Cetta was the current president of the organization, Department Mechanic (head driving instructor) for over 30 years, and served as a Commissioner from 1989-2000.

Cetta was given the rank of Honorary Chief in 2017 when he celebrated 50 years of active service. He received the Firefighter of the Year Award in 2014, and was the recipient of the Niemczyk award in 2018 for his devotion, commitment and service to the department and community.

Cetta was well-known in the East Northport community as the proprietor of the Laurel Service Center for 40 years. One of John’s proudest achievements were the awards he received for his red 1951 Ford Victoria. He also served as president of the Huntington Town Softball Hall of Fame, and was a longtime avid golfer and member of the Crabmeadow Men’s Club.

John was the beloved husband of Donna, loving father of Tina Friedrich and her husband Randy, and Vikki Ervin and her husband Joe (ex-Chief East Northport FD). He was also the proud grandfather of Stephan, Erik, Michael, Amanda and Justin, and the brother of Joan Cetta and Janis Fidotta. Following a funeral Mass, Cetta was interred at Northport Rural Cemetery. 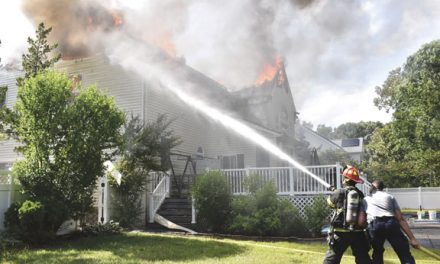