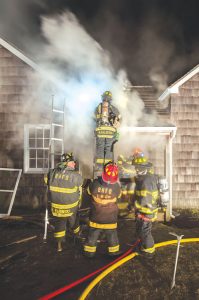 Early on March 5, 2017, the Bridgehampton Fire Department responded to Hayground Road in Water Mill for a report of a car into a building with injuries and a fire. Arriving units found a sedan crashed into the side of a residence, with both the car and building on fire. Mutual aid was called from Southampton, East Hampton and Sag Harbor. The three occupants were uninjured. The driver was charged with traffic infractions and DWI; his passenger suffered a hand injury. 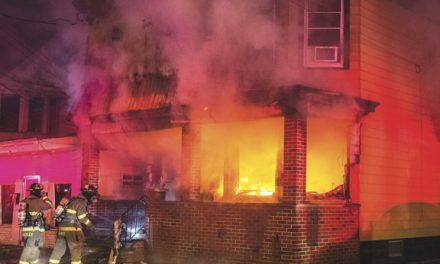 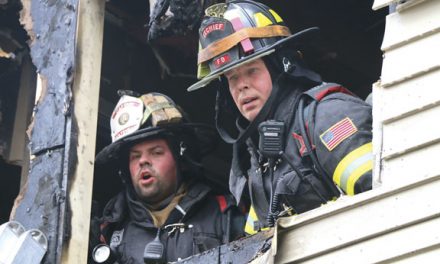