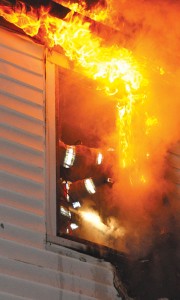 On February 18, 2015, York County Box 46-06 was struck for a house fire with people trapped at a Carlisle Street address in Hanover Borough. A Hanover volunteer firefighter and Hanover Borough police officer arrived first, and began forcing entry to search for occupants. Truck 46 under the command of Captain 46-B arrived to smoke showing from the rear of the  two-story duplex. Engine 46-3 arrived from the Clearview Station and stretched handlines to the rear of the building. Engine 49-1 assisted interior operations and picked up the line from E46-3. Firefighters found a small fire visible near the second-story window, extending up and in the walls. After forcing entry, the engine crew found their way to the second floor and reported a small fire on the wall with extension. The building was laddered with ground ladders. The family was assisted down the block to McDonald’s and awaited the Red Cross. 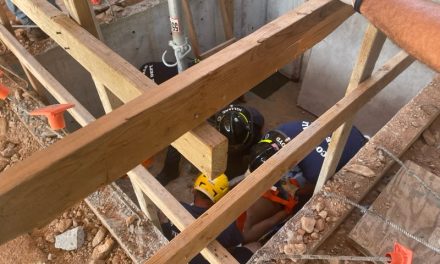 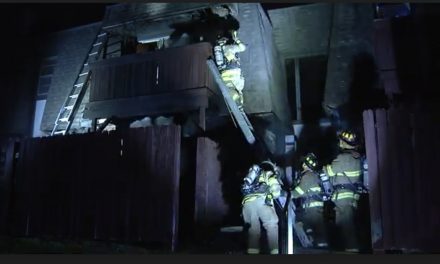