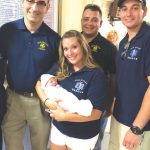 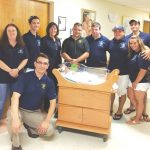 The Dix Hills Fire Department received an emergency 911 call from a Dix Hills husband after his pregnant wife went into labor on August 8, 2016.

The call brought First Assistant Chief Tom Napolitano, Second Assistant Chief Alan Berkowitz, district Paramedics and two ambulance crews. Dix Hills Rescue Squad Lieutenant EMT Meagan Pereira went into the car to check the mother and the head of the baby was already crowning. Pereira gently held and guided the baby out until he was born at 1935. Paramedic Chris Tremblay suctioned the baby boy and, when the newborn was determined to be stable, Lieutenant Pereira clamped and cut the umbilical cord.

Both baby and mother were taken to the ambulance where the baby was warmed up. EMT-CC Chief Berkowitz held the baby as Paramedic Tremblay treated the mother. Suffolk County Police responded and provided an escort for the ambulance to Huntington Hospital.

Also assisting in the delivery were EMTs Louis Aquino, Thomas Nostramo and Driver Matthew Antretter on the first ambulance, as well as EMTs Jonna Brady, Martin Levy, and Driver Hillary Bogi on the second ambulance. After arriving at the hospital, the baby was brought right to the nursery and the proud dad was hugging and kissing the rescue squad crew.       – Fire News story by Steve Silverman, 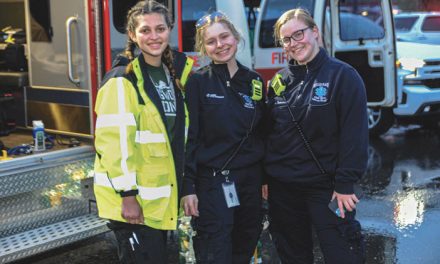 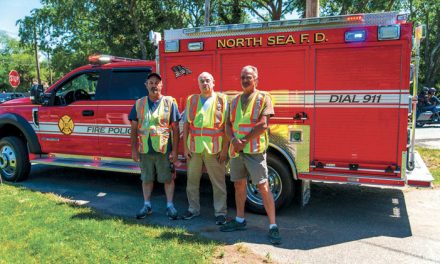