Dive rescue with fatality in Indianapolis 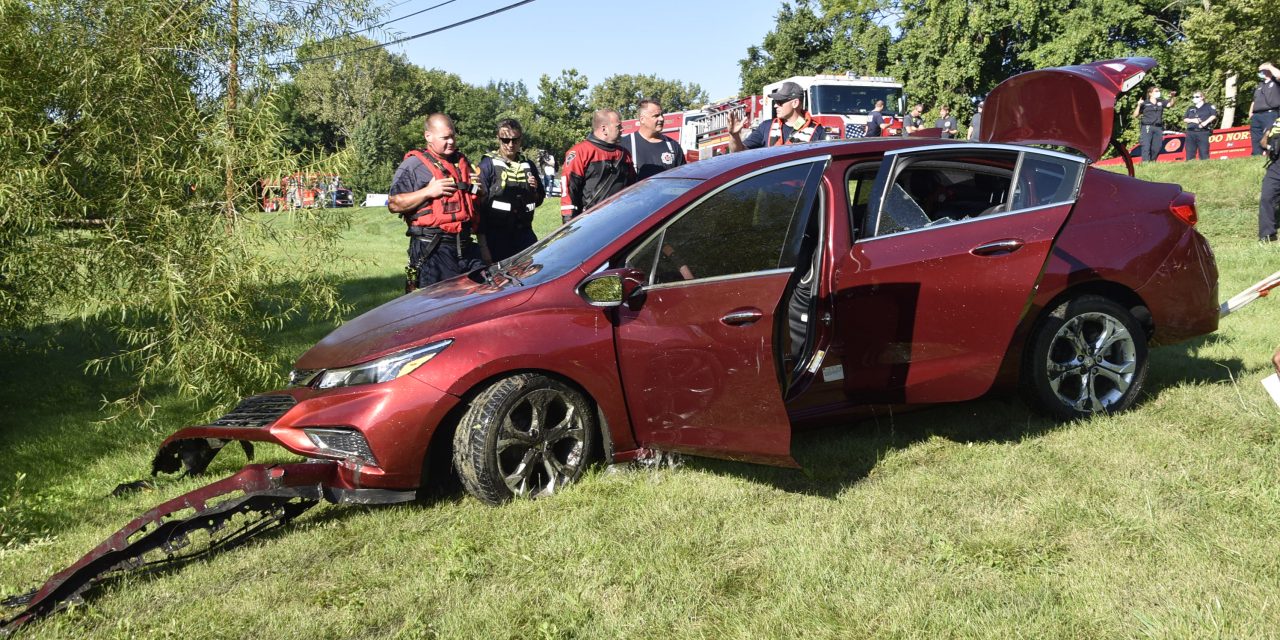 According to IFD divers, the car was located wheels down, in 10 feet of water, zero visibility, approximately 100 feet off shore.

IFD Divers conducted a secondary search of the vehicle and area surrounding the vehicle along with personnel who conducted bank searches to ensure no other victims were located.

With assistance from IFD divers to hook the car – the car was retrieved by Garner’s towing.

Despite quick actions by both a bystander and IFD crews a 21 year old white male has died after driving his car into a retention pond at 56th and Allisonville Rd.  A witness told IFD and IMPD that he was sitting in his vehicle, stopped at the light, at the intersection of 56th and Allisonville Rd, when a red car drove up behind him at a high rate of speed and rear ended his car.  He stated that the driver of the red car continued to bump his car and spin his tires as if he were trying to push the man’s car through the intersection.  The man put his car in park and began to get out of his vehicle to confront the driver who rear ended him.  At this point the driver of the red car, sped around the man’s car, through the intersection and continued north on Allisonville Rd about 200 yards.  For some unknown reason, the man veered right, hit a street sign and left the roadway.  His car traveled at an angle, about 150 yards down the embankment and into the nearby retention pond.   Once it hit the water, it stayed afloat and drifted about 150 feet north of where it entered the water.

The man involved in the portion of the incident at the intersection called 911.

Bystander Jerome Becraft (47) witnessed the car enter the water and stopped his car to help.  With confidence in his own swimming skills and the fact that the car was still up top, Jerome made his way to the car and made eye contact with the still alert driver.  As Jerome encouraged the man to evacuate, Jerome says the man, popped open the trunk and with hope, Jerome thought he was going to exit the vehicle.  No go. The driver was non- compliant.

Engine 8 and the IFD EMS Duty Officer (EDO) arrived on scene.  The EDO and  1 firefighter from Engine 8 immediately donned PPE, while the other 3 grabbed rope bags from the engine.  The crew made their way down to the pond.  With the car still visible, two firefighters made entry into the water and out to the vehicle.  Even after making eye and verbal contact, the man inside was still alert and non-compliant.  Despite both firefighters sustaining slight injuries as they continued to try and reach the man, he was unable or unwilling to help himself evacuate.  The car fully submerged.  Divers arrived and were able to locate the vehicle due to the actions of the rescuers who stayed with the submerged vehicle.

When divers reached the man, he was unconscious and still belted in his seat.  He was removed within about 2 minutes from the car, brought to the surface and CPR established.

IMPD is continuing the investigation into the events leading up to the crash. It is unknown if the man sustained a medical emergency prior to entering the pond. 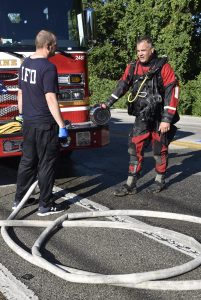 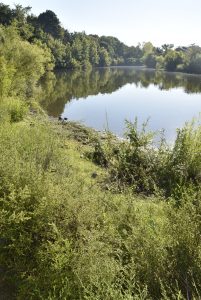 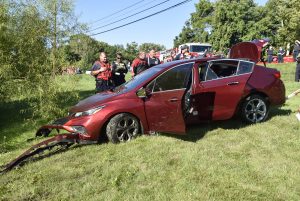 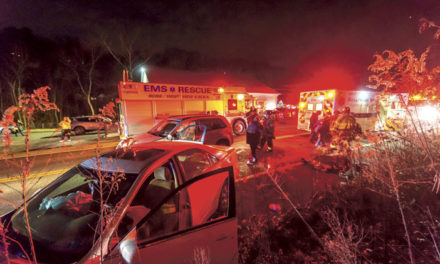 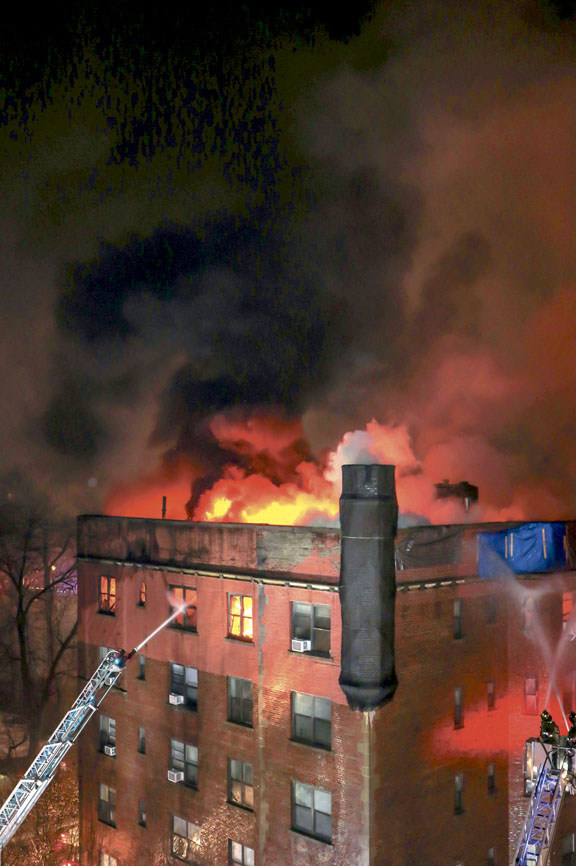