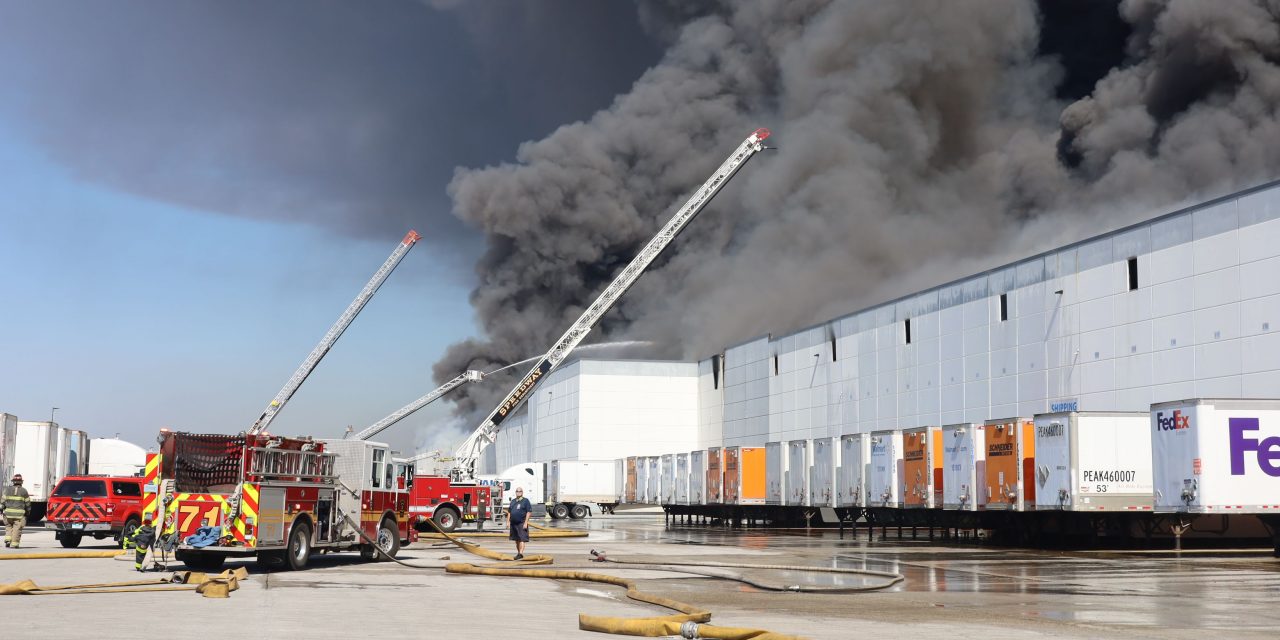 Approximately 18 fire agencies assisted Plainfield Fire Territory on this blaze at the Walmart Distribution Center, on All Points Parkway, in Plainfield, Indiana.

Smoke from the fire could be seen from miles away — and even on satellite imagery — as the fire grew in the town near the Indianapolis International Airport.

Neighboring facilities were evacuated as a precaution and nearby residents were urged to shelter in place.

One firefighter suffered minor injuries while fighting the fire but was treated and released back to the scene, Plainfield Fire Chief Brent Anderson said.

The Bureau of Alcohol, Tobacco, Firearms and Explosives will be the lead agency in investigating the cause of the fire, which could take weeks, according to the fire chief. 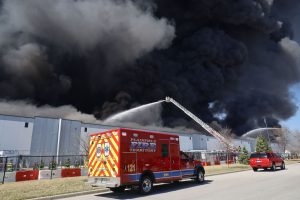 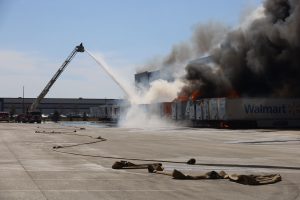 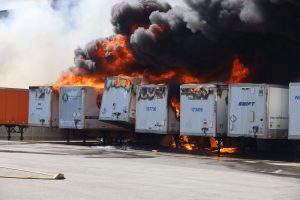 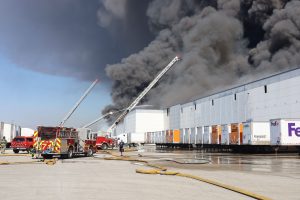 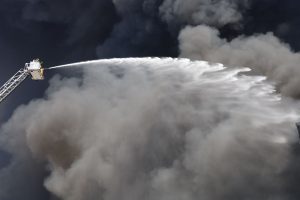 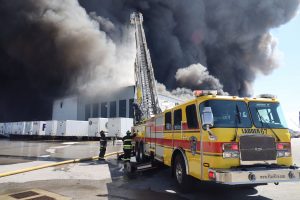 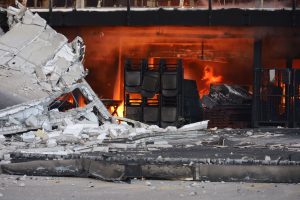 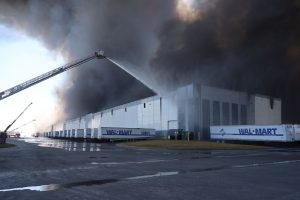 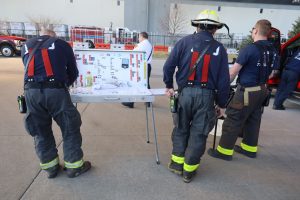 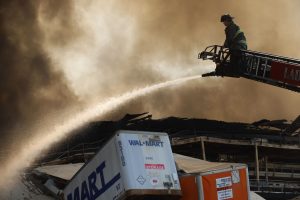 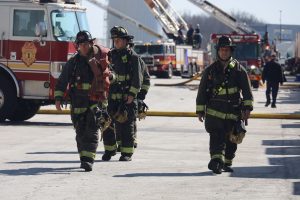 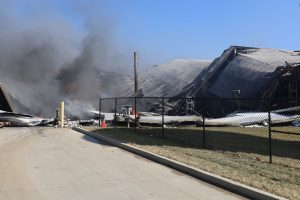 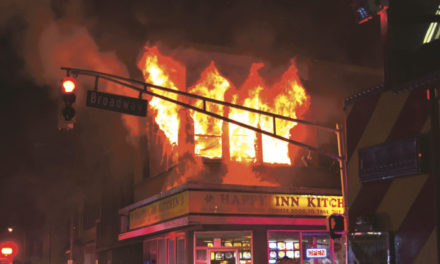 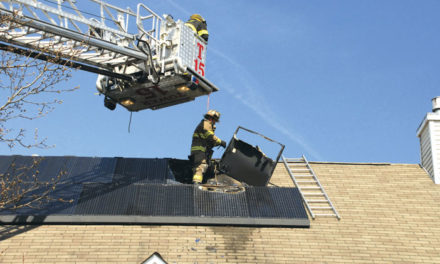