On December 11, 2021, at 11:29 a.m., the Aurora Fire Department was dispatched to a structure fire in the 400
block of North Avenue. While en-route, Aurora Central Dispatch received multiple calls. On the orders of
Battalion 2, the Box Structure Fire was upgraded to a 2nd Alarm.

Upon arrival, firefighters found a 2-story multi-family apartment building with heavy fire showing from the
exterior of the building. Firefighters from the Engine Companies deployed hose lines to extinguish the fire,
while firefighters from the Truck Company entered the building and searched for fire extension and victims.
Because of the building’s construction and high wind conditions that day, the fire rapidly spread to the interior
and began traveling through the walls into the attic. The alarm was upgraded to a 3rd Alarm, bringing an overall
total of 40 firefighters to the scene. The fire was declared under control in 2 1⁄2 hours, and there were no civilian
injuries. However, a 36-year-old male Lieutenant was transported to a local hospital for a minor arm injury and
was released after receiving treatment.

The building was deemed unhabitable, displacing three adults and four children, and all will be staying with
family and friends. The cause of the fire is under investigation at this time. 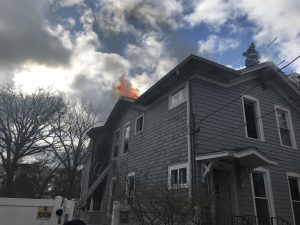 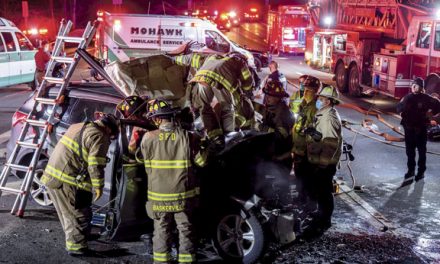