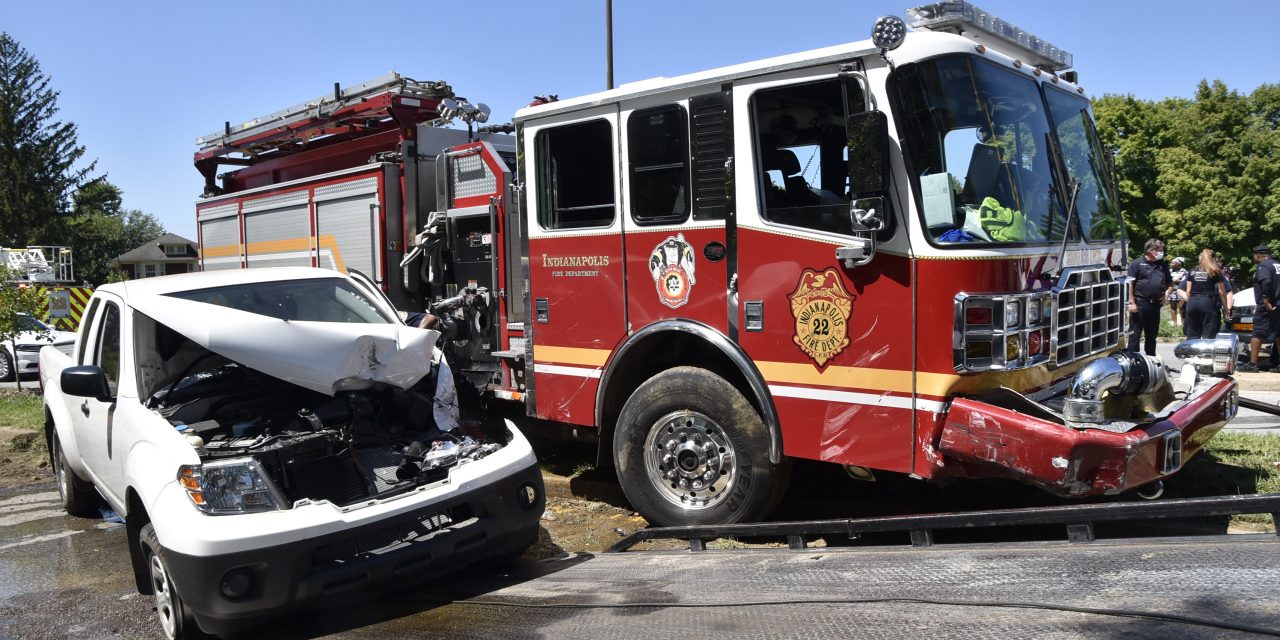 The crew will remained in service for the rest of their 24 hour shift, in a reserve apparatus.

A fire engine and car collided in the intersection leaving 4 firefighters and 1 civilian cyclist shaken and 4 other vehicles damaged, but thankfully no one injured.  The IFD engine was responding emergent to a possible building fire at 22nd and Illinois, headed westbound on Fall Creek Parkway.  The driver of a black Honda Accord, headed south on Delaware St., told IFD and IMPD that he had his music turned up and did not hear, nor see the IFD Engine until he was entering the intersection.  In the split second the IFD Engineer knew that collision was imminent, the engineer detoured left, preventing a full on T-bone collision with the Honda Accord.  Had the engineer not done this, the T-Bone impact would have been directly to the driver’s side door and could have resulted in critical tragedy for the driver.  The engine and the car collided, causing the engine to spin and pushing it into the eastbound lanes of Fall Creek.  3 eastbound vehicles, stopped at the light, all driven by adults, were damaged.  After the impact, the Honda Accord, veered off into a grassy area on the north side of Fall Creek.

One point of note – when the accident occurred, there was a 71 year old male bicyclist, paused on the grassy divider at the intersection.  It is assumed he was stopped for traffic as well. As he witnessed the collision occur, he realized very quickly that the spinning engine was headed directly toward him.  The man, a military veteran, quickly dove under the nearby white Nissan Pathfinder.  When the engine finally came to a stop – it collided with the white Nissan Pathfinder and landed in the exact spot where the man had been standing with his bike.  The Pathfinder prevented the engine from rolling over and by providing shelter, also prevented critical injury to the bicyclist.  After the apparatus came to a stop and all occupants were able to get out of their vehicles, the 71 year old man crawled out from beneath the white truck, unharmed.   All of the affected were checked at the scene and released. 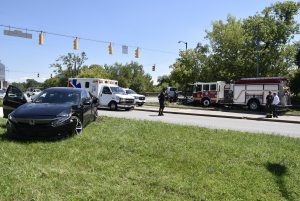 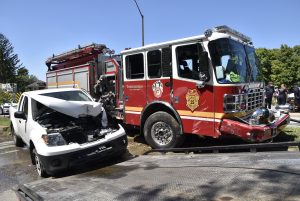 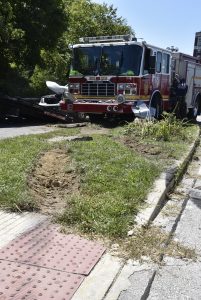 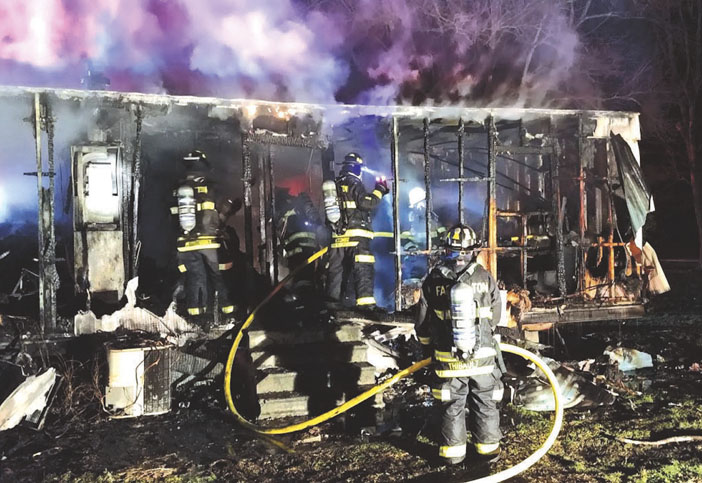