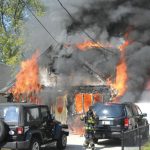 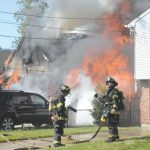 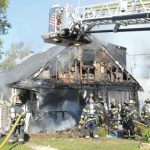 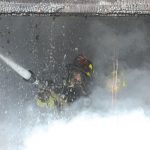 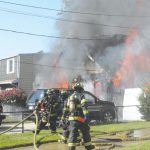 On October 17, 2016, the Copiague Fire Department was activated for a house fire on Halcyon Road. Second Assistant Chief Rosenberg arrived and encountered a 1-1/2 story house fully involved and immediately requested mutual aid from Lindenhurst and Amityville. Engine 1-3-10  was followed in by Ladder 1-3-4 and Engine 1-3-7. Engine 1-3-10 picked up a hydrant and its crew had three lines off and in operation after the deck gun was used to knock down heavy fire. One line was used to protect the house and the exposure-4 side, which suffered damage to its siding, while the other two lines went into house. The fire was brought under control in about 40 minutes. Just prior to the fire, a male occupant was found across the street at a neighbor’s house with a self inflicted stab wound to his neck. He was taken to Good Samaritan Hospital. A female and child in the house at the time of the fire were not injured. 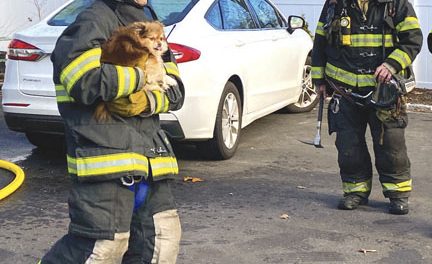 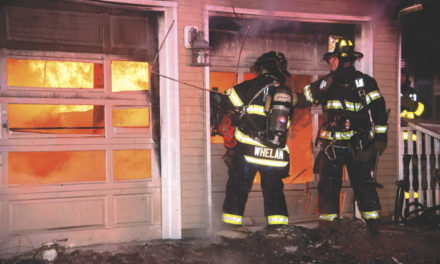