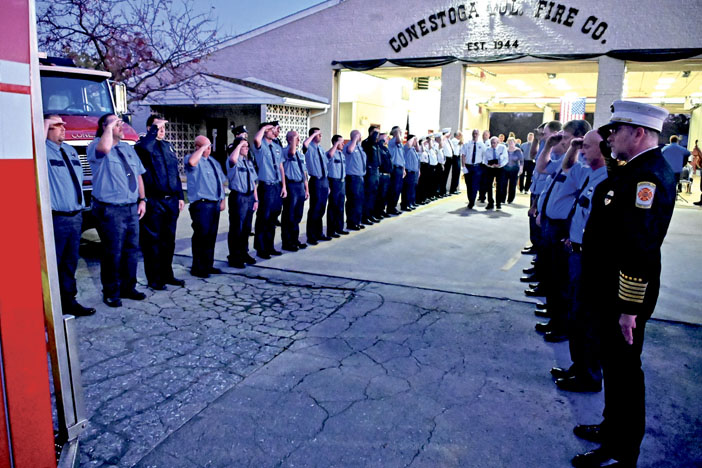 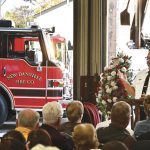 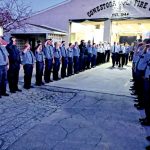 With very sad hearts, Conestoga Fire Company shared the news of the passing of one of their members, Lieutenant Jere Goretzke, Jr., on October 16, 2020.

Jere had been in the fire service for many years. He was a member of the New Danville Fire Company before joining Conestoga. Jere was an integral part of the company whether he was on a truck for a call, teaching kids about fire safety (which was probably his favorite job) or helping out at any of the fundraisers.

A celebration of life service was held at the Conestoga Fire Company on November 8, 2020 with Pastor Mike Sigman officiating. Visitation was held from 1400 to 1600.

Lancaster Township Truck 66 and Willow Street Truck formed an arch in front of the Conestoga fire station. An over-sized American flag was suspended between the buckets.

Jere was the chairperson of the fund drive, and taught fire prevention to pre-school and elementary students. He enjoyed being a first responder in the fire service since he was 16 and was a member of West End Ambulance Association. 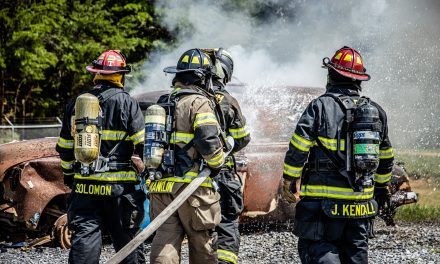 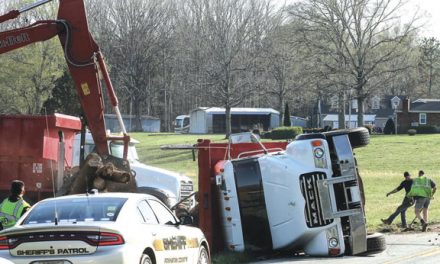