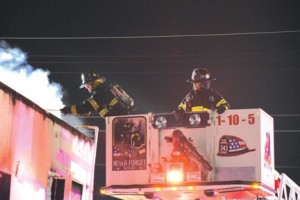 The East Farmingdale Fire Company was alerted for smoke in the area near Central Avenue and Sarah Drive on June 6, 2016. First to arrive was Second Assistant Chief Iuzzini, who found heavy smoke coming from a single-story commercial building. Chief of Department Wisz, First Assistant Chief Joseph and Third Assistant Chief Welliver arrived shortly after, with Chief Wisz taking command and the assistant chiefs handling the fire attack. Crews put two lines in operation to knock down heavy fire inside the building on the exposure 1-2 side, while others forced entry into the other parts of the building and the roof. Wyandanch was requested and a third line was operated from the bucket to extinguish fire on the roof. The fire was brought under control in about an hour. Mutual aid came from Farmingdale and Melville. 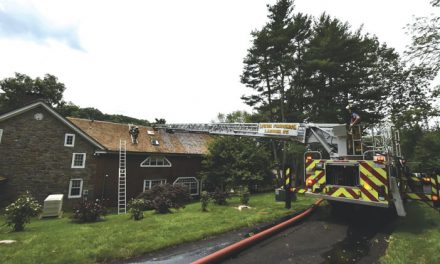 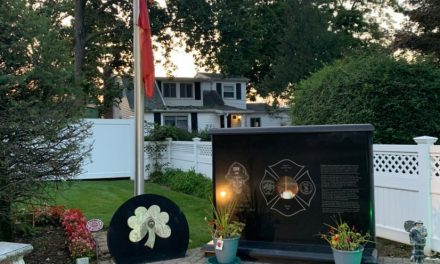