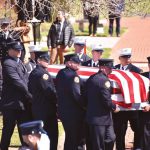 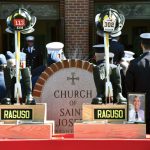 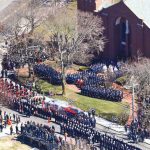 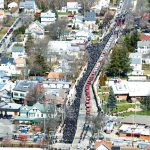 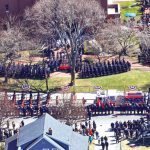 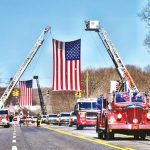 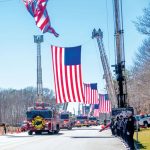 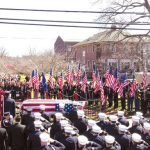 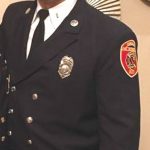 The funeral for FDNY Lieutenant and Commack Fire Department Honorary Chief Christopher Raguso. Raguso was serving with the New York Air National Guard 106th Rescue Wing out of Westhampton Beach. He was on assignment in Iraq, when the helicopter in which he was flying with six other men crashed, killing all aboard.

Raguso, a Master Sergeant, was one of four 106th Rescue Wing members killed in the crash near the Syrian border. He was 39 years old and leaves his wife Carmella, and daughters Eva (five) and Mila (six).

A funeral was held at Saint Joseph’s Church in Kings Park on Saturday, March 31, 2018. More than 20,000 firefighters and members of the military paid their respects.