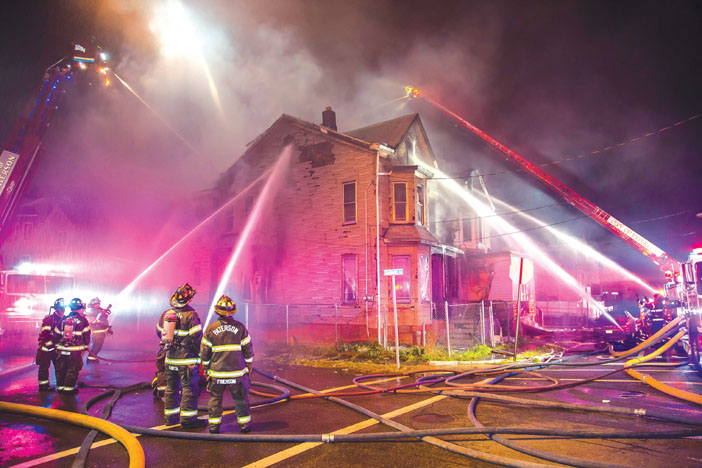 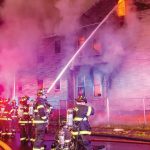 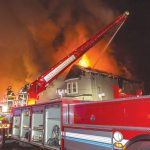 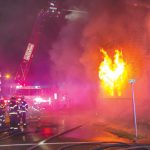 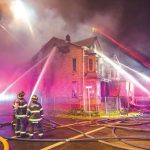 On November 10, 2017, the first cold night of the season, the Paterson Fire Department found themselves busy with several rubbish fires and other nuisance alarms. At 1905 dispatch received calls for a possible fire on 14th Avenue. Companies found a working fire in a vacant 2-1/2 story frame dwelling with fire showing between the fire building and the delta exposure, another 2-1/2 story frame. Within minutes a second alarm was requested as crews worked on gaining entry into the heavily boarded up building. Numerous lines were stretched as fire was found in the basement and all floors of the original building with extension to the exposure. High winds and the low temperatures were making things difficult, especially in the rear of the structure where icing was a concern. At 2035, command reported conditions deteriorating and requested the evacuation of all members; at 2045 a third alarm was requested for manpower. After another hour with a defensive attack, exterior lines were once again shut down and crews attempted to make entry, however it was determined the structure was unsafe. At 2230 command reported all visible fire knocked down. At least two firefighters suffered minor injuries. 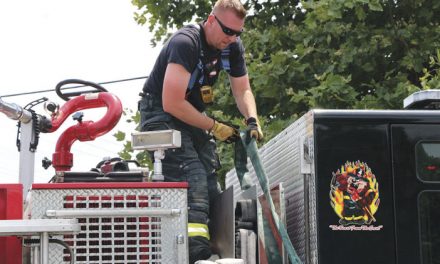 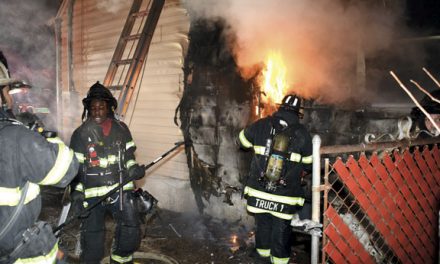