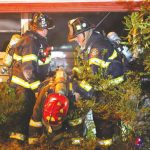 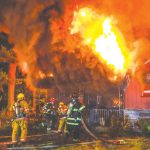 North Smithfield (RI) firefighters responded to a call for a possible house explosion with injuries on Rocky Hill Road, early on September 4, 2016. Engine 2 arrived to find heavy fire from a single-story, wood frame, occupied dwelling. The lone occupant was on the front lawn with serious burns. NSFD Rescue 1 quickly transported the victim to Rhode Island Trauma Center in Providence. Engine 2’s crew attacked the fire as mutual aid arrived on scene. Tankers were requested to the scene in the non-hydrant area of the town. Smithfield Engine 2, a mutual aid company, arrived to assist in attack. Conditions worsened as a North Smithfield captain was doing a primary search and had to be assisted out of the front window. Heavy smoke and fire soon took over the first floor as he was extricated. Crews pushed in through the Alpha side front door and knocked the bulk of the fire down in 30 minutes. Extensive overhaul was needed to prevent a rekindle. Firefighters from Woonsocket, Burrillville, and Uxbridge (MA) also assisted. 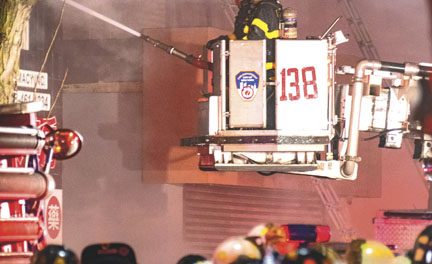 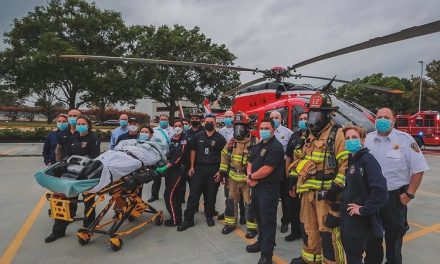