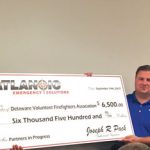 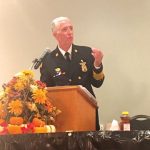 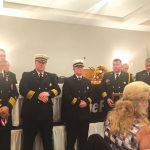 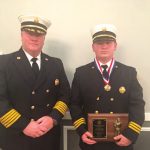 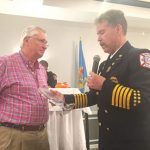 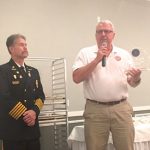 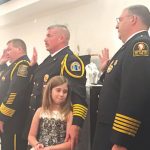 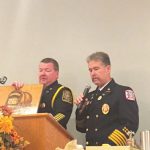 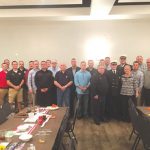 On September 14, 2017 at the Delaware State Fire Chief’s Association meeting in Cheswold, Christiana Fire Company Assistant Chief Jack McPartland was named Heroic Firefighter of the Year for his role in the rescue of a woman from a house fire.  Following is an excerpt from his nomination, which was submitted by Chief Richard J. Perillo.

“At 0330 on May 13, 2017, Christiana Fire Unites along with mutual aid from 15, 7, 28, 18, 23 and NCC Medics were dispatched for a townhouse on fire in the Wellington Woods section of the district. While units were responding, County Police were on scene with smoke showing and confirming a person trapped inside the home.

“Engine 12 (with Asst. Chief Jack McPartland acting as the Crew Leader) arrived with smoke showing from all floors and deployed an attack line to the structure.  Deputy Chief 6 arrived and established the Christiana Command.  Engine 12’s Nozzle-Man J. Lasso and Backup-Man B. Mathers located fire coming from the basement and began attacking the fire. Their Officer (McPartland) redirected to the second floor finding an unconscious female in the bedroom and quickly brought the patient to the 1st floor where he was assisted by Squad 6 and Ladder 12 crews. The victim was carried out of the home and to the front yard where crews began EMS care. NCC medics and A18 (Goodwill) transported the patient to Christiana Hospital in stable, but critical condition. Remaining searches proved negative by later arriving companies and the fire was contained to the basement.” 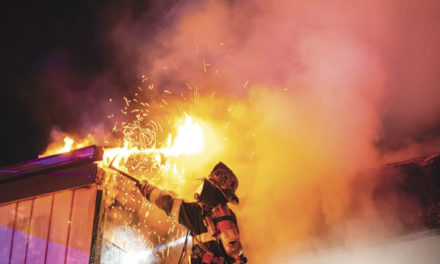 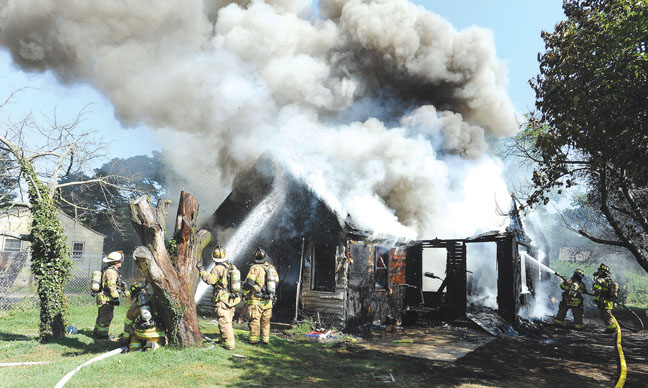