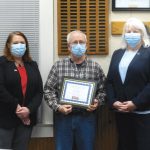 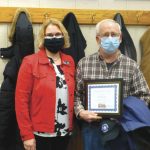 Brockport firefighters joined one of their own tonight when the Town of Clarkson named Brockport Fire Department past-Chief John F. Rombaut Citizen of the Year. Surrounded by family and friends, John was humbled to be honored in such a fashion. Town Supervisor Christa Filipowicz opened the regular session of the Town Board, and immediately suspended the normal agenda to recognize John for his dedication and loyalty to the Clarkson Community. Nominated for this distinction by County Legislator Jackie Smith, the award was presented to John by Clarkson Town Board Member Leslie Zink. Supervisor Filipowicz cited John’s long history of volunteerism mentioning his tenure with Brockport. John joined the Harrison Hose Co 2 of the Brockport Fire Department in 1968. He has been Lieutenant, Captain, Assistant Chief, Fire Chief and Association President. He has also served the Fireman’s Exempt Association as Director, Vice President and President among a multitude of other titles and responsibilities to his company, his department, and the association, while he continues to serve his community. Retired from the Eastman Kodak Company, John spends his free time volunteering in the community in a variety of ways in addition to the fire service. Seymour Library Director Jennifer Caccavale was on hand, sharing remarks from her team at the library about the hours he has spent at the library doing anything and everything he was asked to. He is also a familiar face at Nativity BVM Church, and at the Brockport Fire Museum where he has volunteered his talents for both organizations as a handyman for many years. 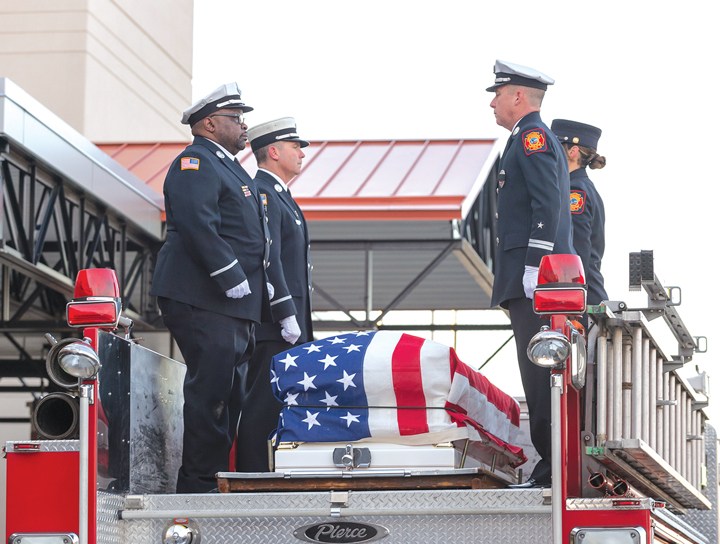 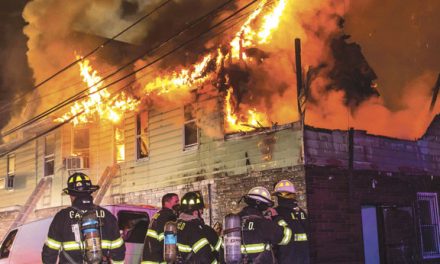