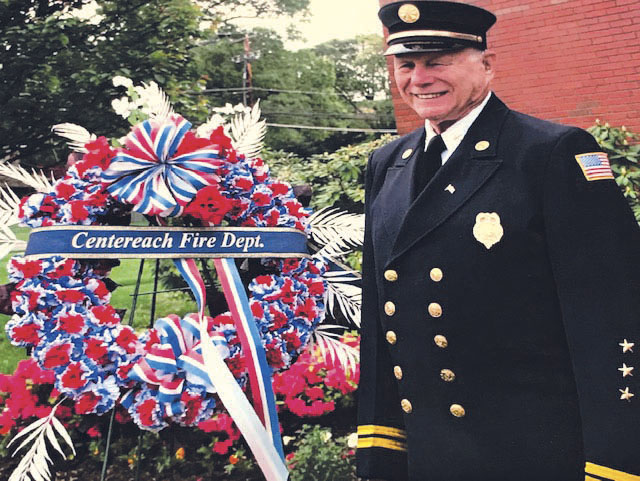 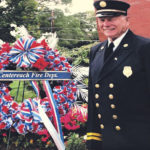 It is with deepest regret the Centereach Fire Department announced the passing of 60-year Life-Member and Honorary Deputy Chief: Robert Bloom.
Robert Bloom became a member of the Centereach Fire Department on January 10, 1959, and was assigned to Engine Company 2. He was a dedicated member of the department from the start, serving as a Firefighter, Radio-and-Telephone Operator, was one of the first EMTS in the department and at one point was qualified to drive all fire apparatus and ambulances. He would go on to serve in multiple officer ranks, first becoming a Lieutenant in Company 2 serving from 1962 to 1967, followed by Captain in both 1969 and 1970. In 1971 he became a member of Hook and Ladder Company 1 serving as Lieutenant in 1973, Captain in 1974, and Lieutenant once again in 1975. Hook and Ladder 1 merged with Rescue Company 1 in 1976 to become Emergency Company 1 (now Rescue Company 4) where he remained an active firefighter until the late 1980s before transferring to Fire Police.
In 1966, in addition to serving as a line officer in the department, Bloom was responsible for organizing the Centereach Fireman’s Benevolent Association in which he served as President for 28 years through 1994. He was also responsible for organizing multiple department blood drives.
Over the years he received many awards for his dedicated service, including Captains Awards and High Point Awards from the Rescue Company and Fire Police Company, and in 1988 received the department’s High Point Award. In 1984 the department held its only roast in his honor and he received multiple awards from all the companies, the chiefs office and fire commissioners.
In 2001 after over 40 years of service Robert Bloom was unanimously voted and appointed the rank of Honorary Deputy Chief.
At the 2009 installation dinner he was honored for 50 active years of service and was the guest of honor of the dinner, receiving multiple awards and proclamations for his dedicated service. He also received an award for 55 years of active service at the 2015 dinner.
Robert Bloom was an active member for 56 years into his late 90s, remaining a social member at department events. In 2018 the department celebrated his 100th birthday surprising him with a birthday cake and singing happy birthday, and at the 2019 installation dinner he was awarded the Christian Huber Lifetime Achievement Award for his lifetime of dedication to our department and community.
We are all deeply saddened by the loss of our dear fellow firefighter, friend and bother Bob. His many years of dedicated service to our community will never be forgotten, and we send our deepest thoughts and sympathies to his friends and family. He was predeceased by his wife Muriel and they have three boys: Ronald, David and Keith, and many grandchildren and great-grandchildren, Rest Easy, Chief.
– Fire News photo by Matt Gehm 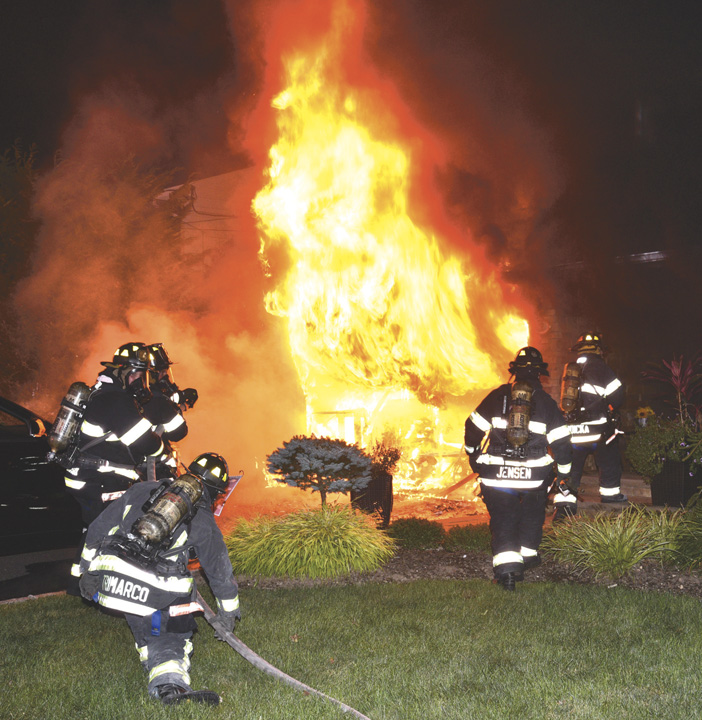 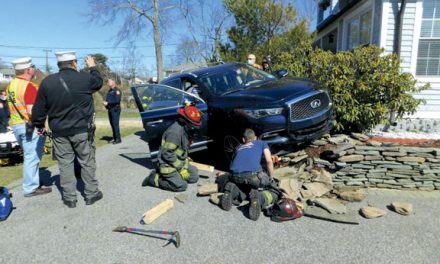