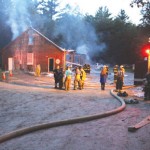 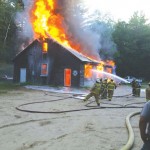 On June 13, 2015, the Hinsdale (MA) Volunteer Fire Department responded to a reported building fire in a maintenance facility at Camp Romaca, a summer camp located on Plunkett Lake. On arrival, Chief Larry Turner encountered heavy fire on the C/D corner burning through the roof. Car 1 ordered a second alarm bringing in additional units from Dalton and Middlefield as well as a RIT unit from Cheshire. Peru covered Hinsdale’s station. The fire was under control in 30 minutes and units remained on scene for extensive overhaul. The state fire marshall and Chief Turner ruled the cause accidental due to spontaneous combustion of rags used to stain dock sections. The building was a total loss as were the contents, which included mowers, specialty tools, construction tools, equipment and 140 carved signs ready for placement on camp facilities. 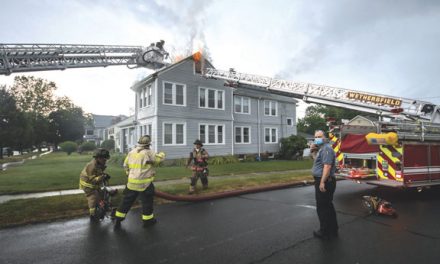 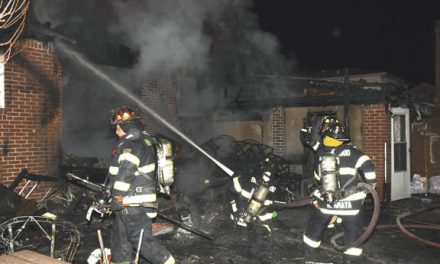 All Out Safe at Brentwood House Fire 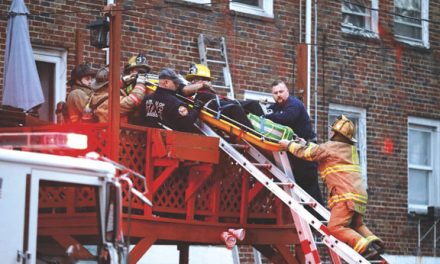