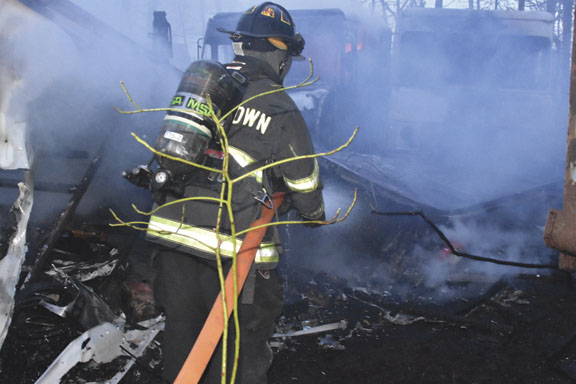 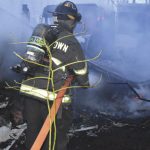 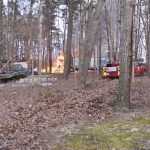 The Bargaintown Volunteer Fire Company was dispatched to Seapine Drive for a report of a brush fire. Bargaintown Chief Eugene Sharpe advised EHT Dispatch the fire was actually located in the rear of a Mill Road address. New Jersey Forest Fire Service Unit C-37 and Car 44 arrived to find several commercial vehicles on fire with extension into the urban interface. Chief Sharpe established command and had Water Tender 1528 pull two lines; one to the fire and the second to fill C-37 which had two lines off and working on the fire, part of which was a ½ acre of woodlands. Then command requested assistance from the Scullville and had them protect the rear of the properties that were backed up to where the fire was travelling. Bargaintown Engine 1522 supplied their tank water to 1528 along with Rescue 1527 who shuttled water to the scene. The fire was contained to three box trucks that were full of  “stuff,” a camper that was almost burnt to the ground upon arrival, and a bulldozer. Also responding were the Bargaintown Ladies Auxilary. 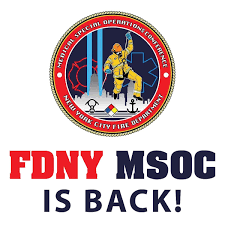