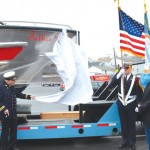 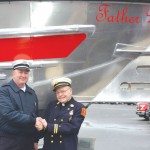 A new fireboat, Marine Unit 2 was dedicated May 7, 2016, and was named the Father Dan for long-time Chief Chaplain of the Boston Fire Department, Father Dan Mahoney. The ceremony was held at Florian Hall.

Father Mahoney was ordained a priest 60 years ago and has been a Chaplain for the Boston Fire Department for 52 years, the past 25 years as Chief Chaplain.

The new boat is an Armstrong Marine 32-foot aluminum catamaran with twin Mercury 250-hp outboards. It features a 72-inch bow door with a hydraulic ramp for beach landings. It also has a 500-gpm Darley Hercules pump with twin forward monitors with foam capabilities. A 40-gallon foam tank is also on board. The boat was launched soon after at Port Norfolk in Dorchester.

Father Dan and the Captain of the Marine Unit, Steve Waldron. 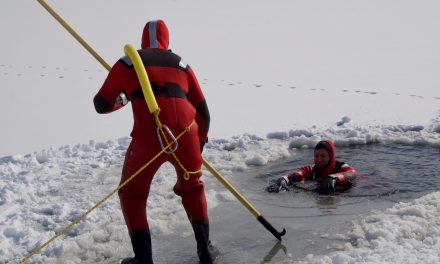