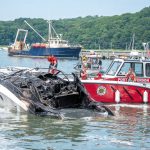 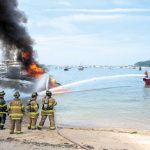 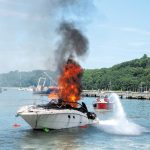 On July 1, 2018, a boat caught fire near Danford’s Marina in Port Jefferson. The fire was immediately reported to the Port Jefferson Fire Department by off-duty Lake Grove Chief Fire Marshal Andrew Brofman, who was near the dock at the time. The call resulted in an immediate response by the Port Jefferson Fire Department and their Marine Unit. Port Jefferson Second Assistant Fire Chief Anthony Barton took command of the fully involved boat fire that was “free standing” near the docking area and was very close to other vessels. The Marine Unit was able to pull the burning vessel away from the dock, so they could battle the fire and prevent the flames from spreading to additional boats. Chief of Department Brennan Holmes worked hard with their crew to move the burning boat toward a beach, where handlines could also assist in knocking down the fire. The fire was brought under control with help from Setauket, Terryville and Mount Sinai. Port Jefferson EMS provided patient care and firefighter rehab at the scene. The four occupants on the boat, who jumped into the water were rescued by an off-duty Suffolk County Police officer, who was on his vessel at the time of the incident. The people on the boat were treated for minor burns and smoke inhalation. 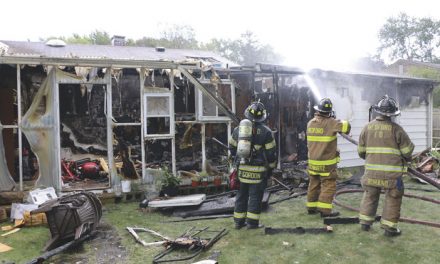 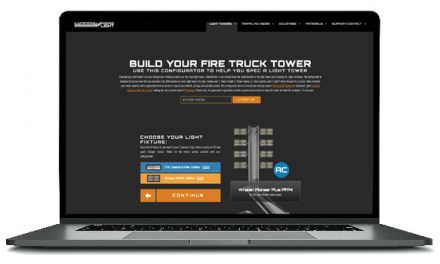