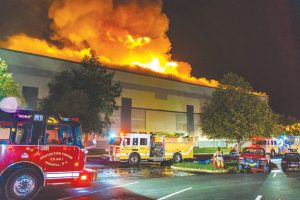 On August 8, 2016, Village of Fishkill and Rombout firefighters were dispatched by Dutchess County 911 for a reported fire at the Gap Distribution Center building off of Merritt Boulevard, a 990,000-square-foot facility that is part of 3.3-million-square feet of warehouse space in the Village of Fishkill. As the first crew worked its way towards the fire, the fire quickly grew and its rapid advance forced all personnel to evacuate the structure. Firefighters went to a defensive operation and summoned the assistance of 24 departments from Dutchess, Putnam and Orange counties to help bring the blaze under control. Although building 100 was a total loss, the efforts of firefighters coupled with the building’s design prevented the fires spread to the other attached structures. The fire was determined to be arson and was under investigation by state and federal departments. 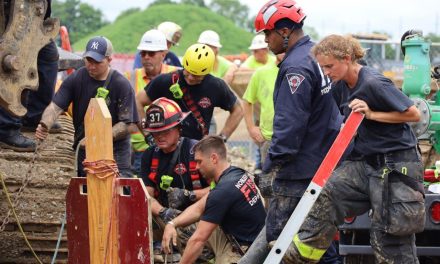 MULTIPLE CREWS PUT TO WORK AT NOBLESVILLE (IN) TRENCH RESCUE 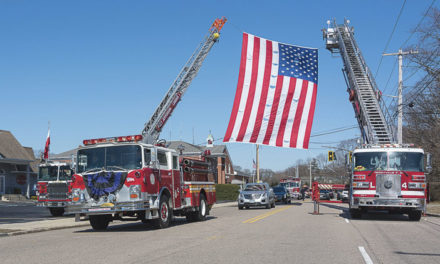