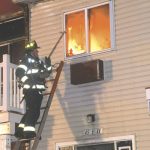 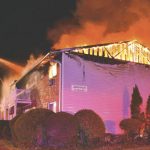 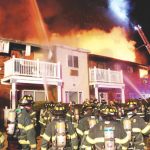 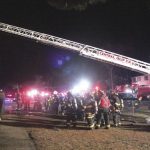 The Central Islip Fire Department was called to a fire at the Plymouth Village Condominium complex on Adams Road at 0043 on March 14, 2019. Crews found multiple units fully involved. Engine companies stretched lines, but conditions deteriorated and all members were pulled. The fire went through the attic and roof, forcing the evacuation. It took over an hour to bring the fire under control with the handlines and multiple master streams. Mutual aid came from East Brentwood, Brentwood, Hauppauge, East Islip and Islip Terrace. The Brentwood Legion Ambulance Corps and Central Islip-Hauppauge Ambulance were also on scene. Nearly two dozen residents were displaced by the fire and the Red Cross was requested to assist. There were no injuries and the cause of the fire was under investigation. Chief of Department Murphy was in charge. 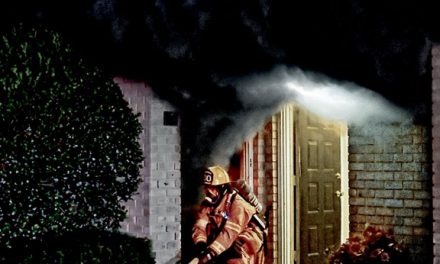