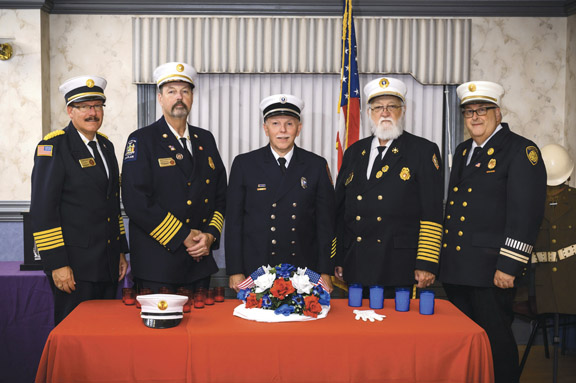 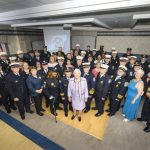 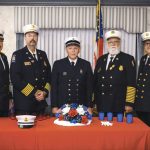 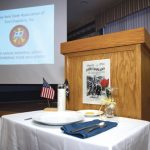 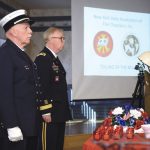 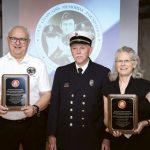 The NYSAFC held their Annual Training Conference at the Comfort Inn and Suites, East Greenbush, NY. It was an informative conference with training from the Four Chaplains Foundation, NYS Office of Mental Health, and Department of Homeland Security and Emergency Services Office of Fire Prevention and Control. Chief Chaplain Thomas With gave the Association’s annual welcome. The Annual Memorial Service, and, Annual Dinner were also conducted during the Conference. Every day started with a time of prayers and devotions. The theme of the 2022 Conference was the “Four Chaplains.”

On Sunday evening, we had Chaplain Refresher Training, conducted by Executive Secretary William Miles, with assistance from Association 2nd Deputy Joseph McCarthy. This all took place during a power outage, which occurred when a local sub-station suffered an explosion.

Monday began with a short welcome by Chief Chaplain Thomas With. He introduced Rev. Gary Holden, Senior Chaplain of the Four Chaplains Foundation. Rev. Holden’s training presentation of the day was “Introduction to Being a Fire Chaplain.”

The spouses were treated to a bus trip to the Bowman Orchards in Rexford. Association Director Chaplain Kevin Bowman and his wife Martha, organized the spouses outing. Also, past Chief Chaplain, Rev. Leon Van Wie, was presented with his past Chief Chaplain’s Badge and a plaque of grateful appreciation for his dedication and devotion as Chief Chaplain from 2020 to 2022.

After a brief meeting of the association on Tuesday morning, training started with Steven Moskowitz, MSW, NYS Office of Mental Health, with subjects on “Psychological First Aid – Responding to Extreme Stress,” a review of “NYS Project Hope” and “NYS Disasters and Mental Health Response.” Steven is the Director of the Bureau of Emergency Preparedness and Response.

On Tuesday evening, we held our Annual Memorial Service at the Fuller Road Fire Department. firehouse in Colonie, followed by dinner. The conference theme was based on the Four Chaplains and how our Association of Fire Chaplains had their humble beginnings. Our Memorial Address was given by Rev. Gary Holden. Also, during the Annual Memorial Service, Father Donald Rutherford, Major General (Chief Chaplain; ret.), of the US Army Chaplains, helped honor the Four Chaplains. He did so by lighting four separate candles during the association’s Joint Necrology reading of our deceased members, and, the Four Chaplains who gave up their life vests on February 3, 1943, the night the SS Dochester, a US Army transport, was hit by a torpedo and sank in the Atlantic.

During the dinner we also had Father Donald Rutherford, speak on the Four Chaplains. He also displayed his Bronze Star medal and other items of interest from his US Army position as Chief Chaplain. We also had a display, with explanation, of the “The Table set for One,” by American Legion Post 42, Chatham, Auxiliary President Barbara Fischer. Chief Chaplain Thomas With also presented identical plaques to Rev. Gary Holden, of the Four Chaplains Foundation, and to Senior Minister Lynn Bodden, of the First Reformed Church of Schenectady. Lt. Charles V. Poling, one of the Four Chaplains, was a Pastor at the First Reformed Church of Schenectady.

We concluded our conference on Wednesday with training on “Cancer in the NYS Fire Service,” by Fire Protection Specialist Timothy Graves, DHSES, Office of Fire Prevention and Control. 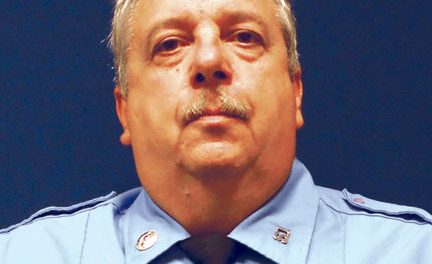