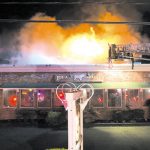 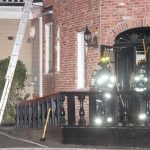 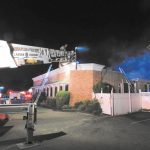 The Amityville Fire Department was called to a fire at the Bulldog Grille on Merrick Road around 0140 on August 28, 2018. Second Assistant Chief Budde and Third Assistant Chief Juliano arrived to find the second floor well involved and fire spreading across it. Engine 1-1-2 advanced a line into the building to the second floor. The fire went through the roof and members were pulled from the building. Amityville Ladder 1-1-5, Massapequa Ladder 636 and Engine 1-1-2 put their master streams into operation. The fire heavily damaged the business and it took about four hours to bring under control. Mutual aid was provided by Massapequa, Copiague, North Amity- ville, North Lindenhurst, Lindenhurst, East Farmingdale, West Babylon, Farmingdale, South Farmingdale and Seaford. The Wyandanch-Wheatley Heights Ambulance Corps. also responded to assist in rehab for the firefighters. Crews returned to the scene, later on the evening of August 28 for another fire. Both were under investigation. 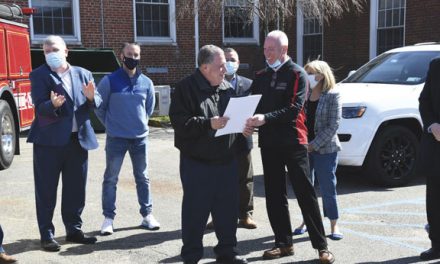