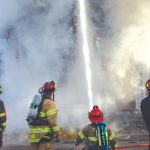 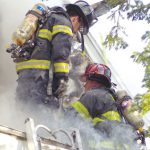 On November 10, 2016, the West Albany Fire Department responded to a house fire on Sand Creek Road. Upon arrival, the two-story dwelling was engulfed on the second floor and extending to the first floor. Four residents were still in the building. Shaker Road-Loudonville, Fuller Road, Latham, Verdoy, Boght, Colonie, Menands and Colonie EMS assisted during the blaze. During the attack the floor began to collapse and two firefighters were assisted in escaping by the FAST. Two adults and two children were rescued by arriving departments; the adults received burns and smoke inhalation and were transported to a local hospital. The structure was completely destroyed. 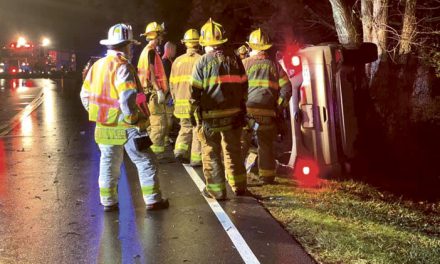