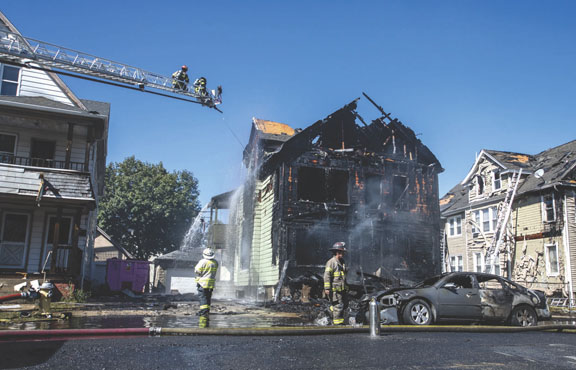 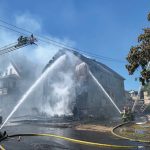 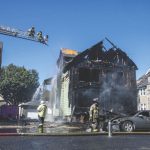 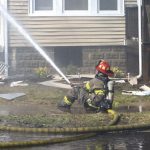 Springfield (MA) firefighters were called to Mansfield Street for a structure fire. Upon leaving Station 3, crews could see heavy black smoke in the sky. Crews arrived to a

starting to burn. A second alarm was sounded immediately. Fire raged into the D side exposure and made its way to the attic requiring a third alarm from Car 1. East Longmeadow was called as they were the scene’s RIT team. Seven houses and three cars were

damaged, a family pet died and four people were transported to the hospital. The Red Cross was on scene to assist. The fire was under investigation.