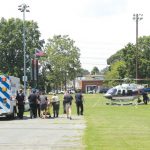 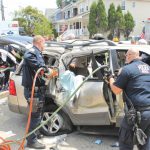 On July 18, 2016, Lynbrook firefighters, under the command of Chief John Chavatte, and NCPD ESU members, used their extrication tools to help remove seven youngsters injured and trapped inside an SUV involved in an MVA with a pickup truck at the intersection of Peninsula Boulevard and Lyon Place. Two of the children were seriously injured, and were trapped inside the vehicle after the pickup struck the driver’s side, pushing the vehicle into a telephone pole. Lynbrook firefighters and ESU removed both doors to get the children onto backboards. Lynbrook Medical Company and NCPD EMS worked together to stabilize the injured inside the vehicle. One of the most seriously injured youngsters was taken to nearby Greis Park in Lynbrook where a NCPD helicopter flew the youngster to a trauma unit. Ambulances from Lynbrook, East Rockaway, Rockville Centre and Valley Stream, and the NCPD, took the remaining injured to area hospitals. The driver of the pick-up was treated at the scene and released. NCPD detectives impounded the vehicles and were conducting an investigation. “This was a collaborative effort between a combined group of firefighters and police officers who worked together to rescue these children. I thank them all for their quick response and assistance, and pray for the quick recovery of the children,” said Chief Chavatte. 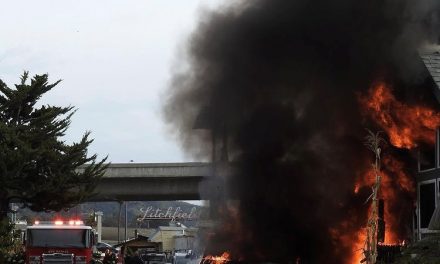 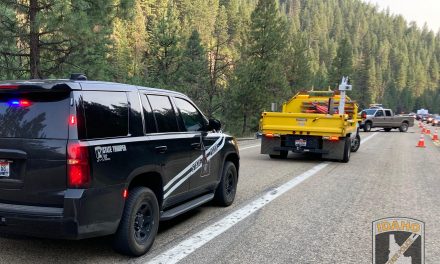 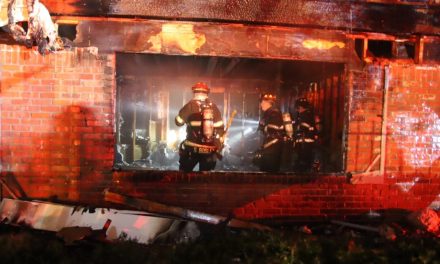