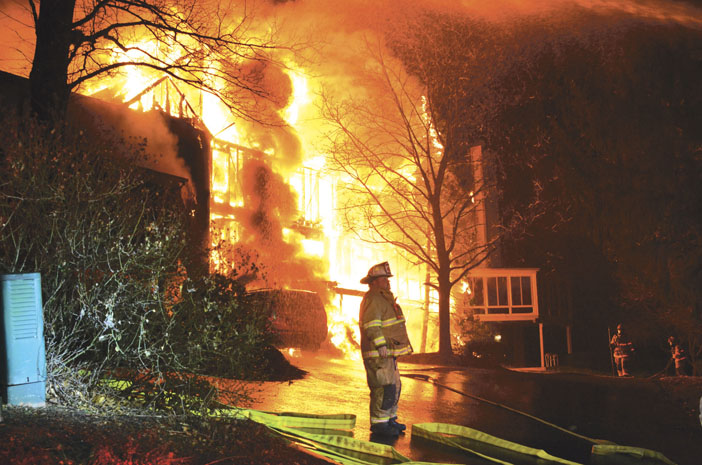 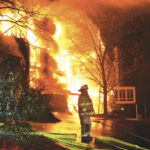 Derry Township Box 48-4 sent Company 48, Engine 46, and Tankers 47 and 54 to Draymore Court for a structure fire. Chief 48 (Leonard) was advised of multiple calls reporting the back of the house on fire and spreading to the others. The first-alarm assignment was dispatched at 0429, bringing Engine 88; Truck 46; Tanker 59; Rescues 35, 88 and 91-5; and Air 91-2. EMS reported entrapment upon arrival. Chief 48 arrived to a middle-of-the-row dwelling well off and also involving exposure on the B and D sides. There were also several burning vehicles in the driveway. Engine 46 laid in and, along with Truck 46, set up on the C side. Engine 46 dumped the monitor before several lines and Truck 46 aerial operations were set up. Engine 48 and Truck 48 set up portable deck guns and master stream operations on side A. Command 48 requested two additional trucks to the scene (Middletown Truck 88 and Palmyra Tower 1). Companies flowed water for over 90 minutes before bringing the fire under control.

A fire wall on the D exposure, along with firefighting efforts, kept the blaze from extending further. The fire damaged five homes and one home collapsed. A few hours after the fire was put under control, and while some companies were still on scene, a small fire broke out at a home up the street from the fire building. That fire, was possibly caused by burning embers and was quickly extinguished, causing minimal damage. 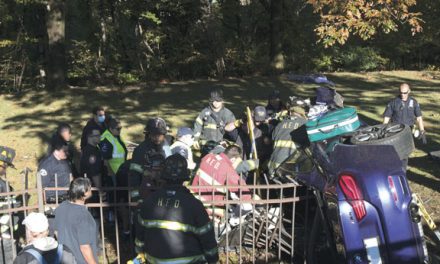 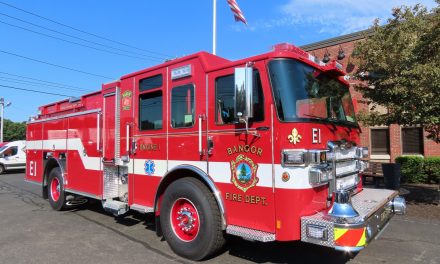 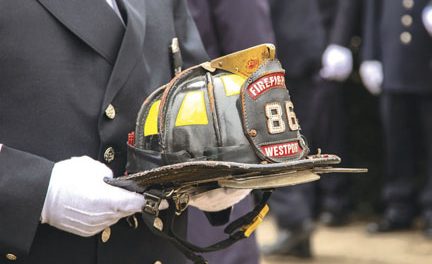