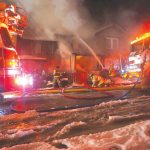 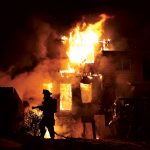 Around 0230 on January 18, 2018, fire units were dispatched to a structure fire on Howard Street in East Pittsburgh with multiple calls coming in and a report of the entire rear of a row house on fire. Units arrived to find heavy fire showing from a row house and began an offensive attack. A second alarm was requested. Eventually all units were forced to evacuate. About an hour into the incident a third alarm was requested. Firefighters then began offensive operations again. The fire was finally placed under control shortly before 0500. No one was injured in the fire but five people were displaced. 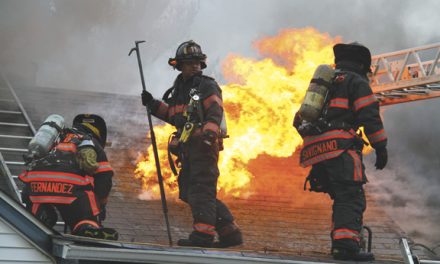