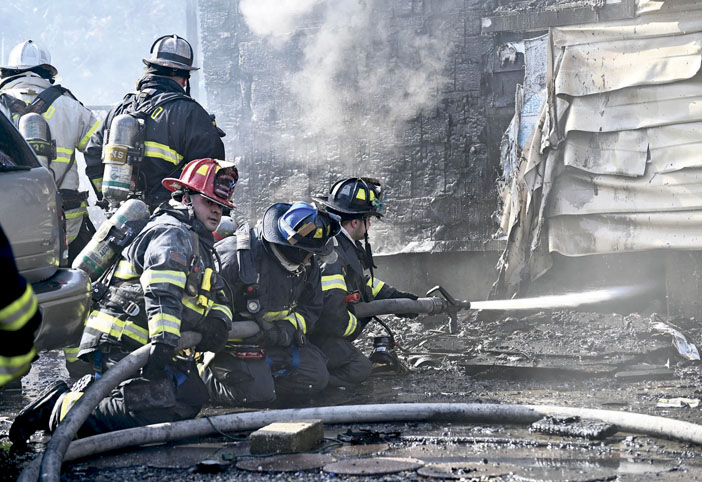 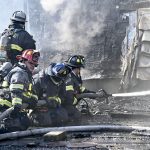 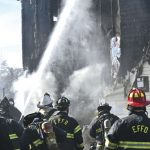 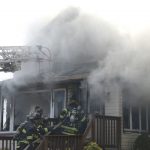 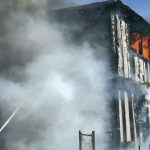 The Farmingdale Fire Department responded to a reported house fire on Secatogue Avenue on February 24, 2020. Second Assistant Chief Tortoso arrived to a 2-1/2 story house heavily involved, which had ignited two sheds and was spreading to a neighboring house on Nelson Street. Engine 923 had two hydrants — one in Nassau County and the other in Suffolk. Crews utilized both to supply numerous handlines and, eventually, two tower ladders for a short time. Mutual aid from South Farmingdale and Bethpage also picked up hydrants on nearby streets and stretched additional lines. Ladder crews vented and searched. Members were pulled out of the house for a short time as conditions deteriorated and the master streams from Bethpage Ladder 3 and Plainview 9533 were used to knock down fire in the attic inaccessible from the interior. The fire took about two hours to bring under control. Mutual aid came from East Farmingdale, South Farmingdale, Bethpage, Plainview, Hicksville, Carle Place, Westbury, North Massapequa, Wantagh, Levittown, Amityville, Melville and Deer Park. Three firefighters were taken to a local hospital with minor injuries 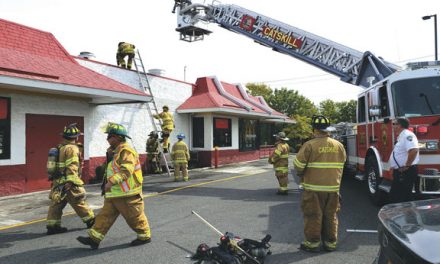