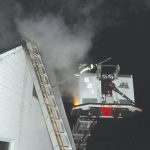 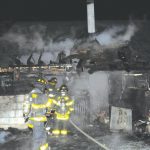 On January 28, 2017, the Levittown Fire Department responded to multiple calls for a house fire on Brixton Lane. Smoke detectors awoke the family of three and they were able to escape the burning home. An exterior fire in the rear of the home had extended to the first and second floors of the two-story house causing extensive damage to the home. 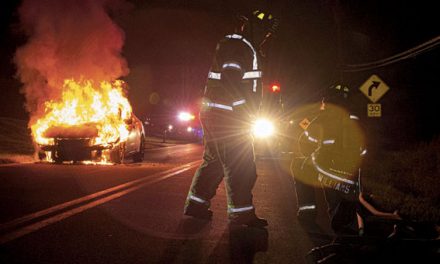