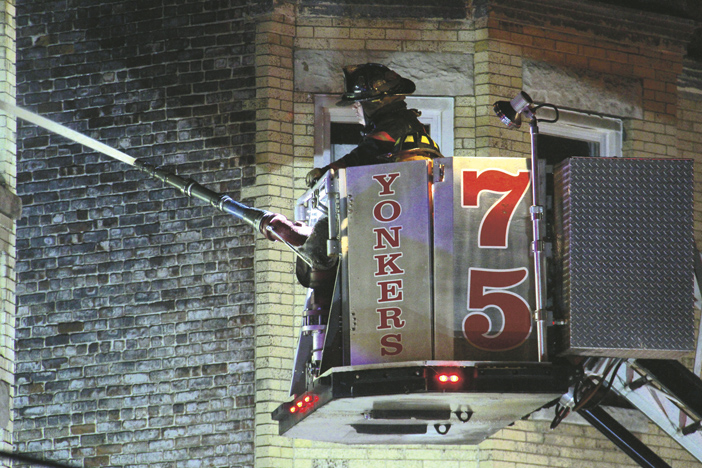 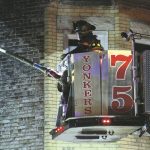 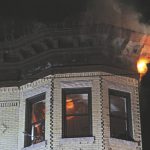 A four-alarm fire in a city apartment building killed one resident and injured 31 others, 26 of whom were firefighters. As one resident related, the fire began in a first-floor-rear apartment’s bedroom on Saratoga Avenue, which residents initially attempted to extinguish themselves. Investigators found that when they fled the apartment, they left several doors open allowing the fire to quickly spread. First-due companies arrived in just under four minutes to heavy smoke from the first floor of the four-story building with multiple injured residents in the street. The fire then traveled to the third floor by way of a shaft, trapping two residents, one of whom jumped and was seriously injured, and the other was removed by firefighters and pronounced at the scene. The fire ultimately spread to all floors and the cockloft with 93 firefighters working for over three hours to bring the fire under control. Yonkers Deputy Chief Joseph Citrone said that the building lacked smoke detectors in common areas and self-closing doors. Citrone said that of the 26 firefighters injured, only two remained in the hospital overnight for evaluation. Five other departments provided  coverage. The cause of the fire was still under investigation but early signs indicate that it started accidentally. 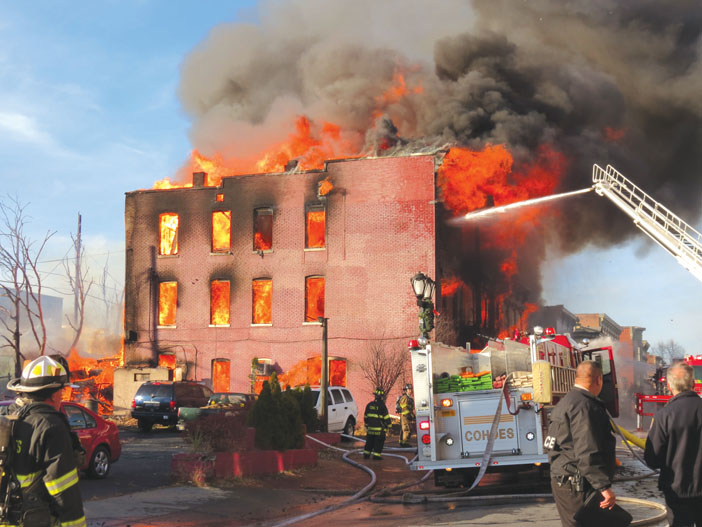