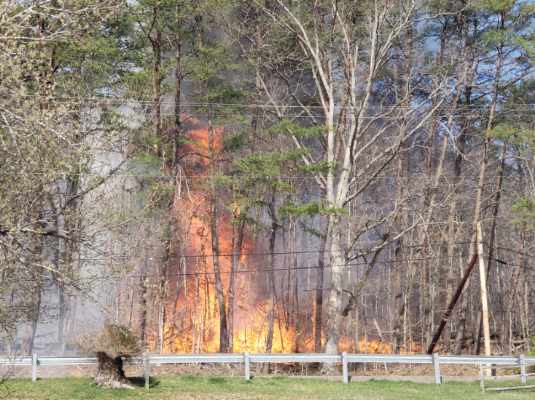 A brush fire that consumed 15 acres in Putnam County, West Virginia on Wednesday, March 30 destroyed one house and one utility building.  After arriving on the scene, Teays Valley Fire Department Chief John Smoot quickly accessed the situation and begin calling for mutual aid.  26 companies responded with mutual aid to extinguish the blaze from Kanawha, Putnam and Cabell counties.  The quick response by the fire crews prevented three other homes in the fire area from being damaged.  The firefighters were challenged by 40 mph winds that quickly spread the fire.  The first call came in at 4 pm and the fire was reported 90 percent contained at 8 pm. 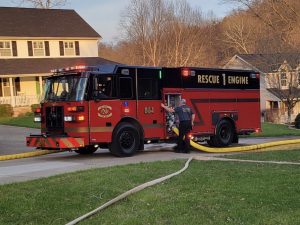 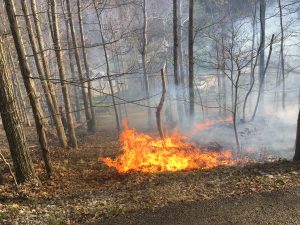 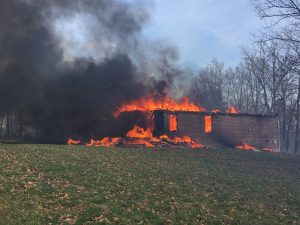 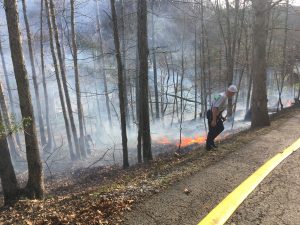 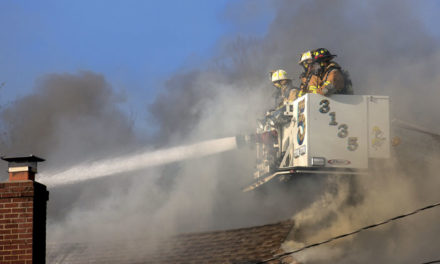