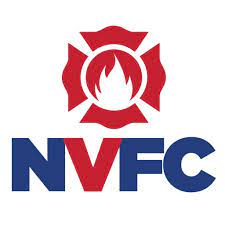 The National Volunteer Fire Council (NVFC) is pleased to announce the winners of its 2021 annual fire
service achievement awards.

“The past year has tested our nation in many ways, but one thing we can always rely on is the
dedication, resilience, and exceptional service provided by our nation’s volunteer firefighters and EMS
providers,” said NVFC chair Steve Hirsh. “It is with great pleasure that we recognize the incredible work
of our 2021 award winners and highlight the amazing achievements of those who give so much to help
their communities.”

A celebration luncheon to honor the recipients of the Lifetime Achievement, Chief James P. Seavey Sr.
Health and Wellness Leadership, and Junior Firefighter of the Year awards will take place during the
NVFC’s fall meeting on October 15 in Jackson, WY. The recipient of the Junior Firefighter Program of the
Year will be presented with their award at their department this fall so that all their junior firefighters
may attend. 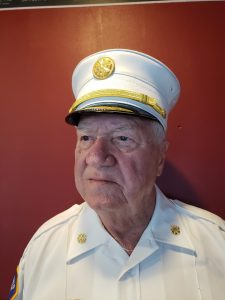 Asst. Chief Ted Schroll has never just belonged to anything he has been involved with. Schroll is a
dedicated fire service volunteer and works hard on any assignment to make things better. He joined
Wethersfield (CT) Fire Department in 1960, working his way up from firefighter to acting chief, and his
energy and dedication are just as strong in 2021.

Although Schroll retired as acting chief in 1999, he remains an active member of the department. He has
shared his knowledge within his local department, the Connecticut State Firefighters Association (CSFA),
and at the Connecticut state capitol. He has served in all the executive positions for the state
association, as well as serving as CSFA’s legislative representative for over 25 years. Due to his thorough
understanding of the legislative process, he was able to represent CSFA without missing a beat during
the COVID pandemic and switch to online meetings.

Prior to the pandemic, Schroll spent countless hours at the state capitol representing CSFA and the fire
service. He has been aggressive to secure not only legislation, but also funding for construction and
rehabilitation of Connecticut’s regional fire schools. Schroll was instrumental, along with Chief John

McAuliffe, in securing state legislation that prohibits career departments from forbidding their
employees from volunteering in the communities they live. Due to his legislative expertise, Schroll has
been a resource to many other state fire associations as well as the NVFC for legislative questions or
concerns.

Schroll was inducted into the Connecticut State Firefighters Hall of Fame in 2010. In addition to his work
in the fire service, he served active duty in the United States Air Force until 1960 and is a past president
of the New England Section of the International Municipal Signalman&#39;s Association (IMSA). Schroll has
exemplified commitment and dedication to the fire service on the local, state, and national levels for
over 61 years and will continue to do so for many more. 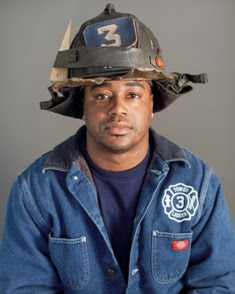 Captain Robert James is a 20-year veteran of the fire service. He started as a volunteer firefighter with
the Cromwell (CT) Volunteer Fire Department before relocating to Maryland where he joined the
Rockville Volunteer Fire Department (RVFD), one of the busiest fire stations in Montgomery County. In
addition to volunteering, James is a full-time employee of the Frederick County Fire Rescue (FCFR)
Division, Rescue Squad 3, where he leads the Advanced Technical Rescue Team. In July 2021 he was
promoted to lieutenant.

As a volunteer, James has received numerous citations and awards from the RVFD and the state of
Maryland. He hit the ground running, receiving his first award on his first week on the job after making a
life-saving rescue. His service and dedication have not slowed since. He is a mentor to young firefighters
and EMTs, making safety his top priority.

James is an expert in many areas, including firefighter survival and rescue and hazardous materials
operations, but he is especially proficient in technical rescue and trench operations. He uses his
extensive knowledge and skill to mentor new recruits and seasoned professionals. He takes the utmost
care in teaching them the necessary skills, while at the same time making their personal safety the
primary factor in every aspect of his training programs. James travels across the country teaching,
training, and mentoring. In his spare time, he has a podcast where he discusses best practices for
firefighter safety.

Because of James’ commitment to his craft and the training that he provides, his fellow firefighters are
safer and smarter, which allows them to better deal with the incidents they face. It also makes them
safer and better able to protect themselves now to prevent physical or heath issues later in life. He is a
natural leader, which is why he is such a successful firefighter, EMT, trainer, and mentor. James is an
inspiration to all who know him and always has his fellow firefighters’ safety and wellness at the
forefront of everything he does. 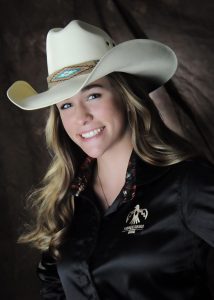 “Servant Leadership” was the title of one of Paige Davis’ recent speeches to her cadets, and that
leadership philosophy is befitting for her. She is the first to step up, help, pitch-in, and teach – even if
there is no recognition. Davis always cheers for her competition, does the right thing, and acts with
honesty and integrity.

When Davis joined the junior program at Hackberry Township Fire Department (Bartlett, KS) on her 12 th
birthday, it was amid a major transition of juniors graduating into regular firefighter positions. This gap
created the need for someone to step up and learn to lead, and Davis answered that call. Throughout
this period, the community suffered from a prolific arsonist and experienced several of the worst fires in
its history. Keeping safety at the forefront, Davis and other juniors were called upon to assist the
department in many ways during this intense time until the arsonist was caught. Davis then helped the
junior program transition back from “busy” to “normal” by keeping members active and involved. When
the COVID pandemic hit and everything changed once again, Davis was a vital force in helping the
department respond to the new challenges.

Davis has led the department’s Cadet & Junior Apprentice Firefighter Program since 2019. She is actively
involved in many department activities, including training, mentoring, and recruiting cadets; installing
smoke detectors; assisting with fire prevention education; maintaining the department’s PPE inventory
tracking system; and managing department technology including Active911, group chats, and video
meetings. She is also a member of an advisory board that is developing a 25-year plan for the
department’s future.

Even off-duty, Davis always does what she can to help others. On May 10, 2020, her quick actions saved
the life of a toddler who was wondering in the middle of a roadway when she and her father were
driving by. She is actively involved in organizations that work to strengthen and reinforce a sense of
community, responsibility, and service, including 4H, FFA, and Civil Air Patrol. As an incoming high school
senior, accomplished athlete, and barrel racer with world standings, she encourages others to be
involved with their communities during her travels. 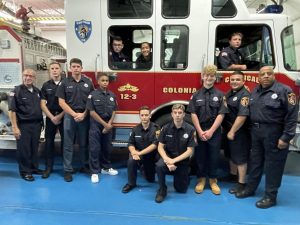 The Colonia (NJ) Fire Department’s Explorer Post is a vibrant, long-running program that has provided
numerous benefits to the fire department and the community. The program is also the primary source
of new members for the department, with many of the current members being former Explorers.
The Explorers learn firefighting methods, equipment, and apparatus through training and drills. By
participating in community service activities, these young people have become ambassadors of their
community and the department as they prepare for college and life after high school.

For the past 11 years, the Colonia Explorers have participated in the Ohio Youth Fire & EMS Training
Academy (OYFETA), a weeklong event that takes place at Hocking College in Nelsonville, OH. Taking a
group of teenagers raised in New Jersey to a rural college campus several hundred miles away and
embedding them with a similar group of teenagers from Ohio and other states has helped them develop
communication skills and behaviors expected of older young adults. Department leaders, academy staff,
and parents have consistently said that attendees have returned as responsible teenagers with
improved outlooks on life and education, enhanced social and behavioral skills, and a recognition that
effort results in success and reward. They quickly learn to behave like a firefighter – work collectively as
a team, support those that fall behind, and learn from those who know more.

In addition, the Colonia Fire Department’s Junior Fire Academy program is a recruitment/community
activity that highlights the OYFETA attendees. Designed to spur interest in the Explorer program, 7 th and
8th grade students are invited to experience the physical skills and activities of a firefighter over two
days. OYFETA graduates are paired with firefighters to serve as instructors.

The success of the Colonia Explorer program has led to other fire departments seeking out their
assistance in creating or improving their own junior/Explorer programs. However, the greatest measure
of the program’s success can be seen in the substantial number of former Explorers who are now in full-
time fire and emergency services positions in communities in New Jersey and across the country. 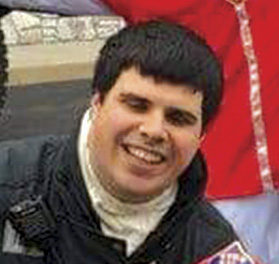 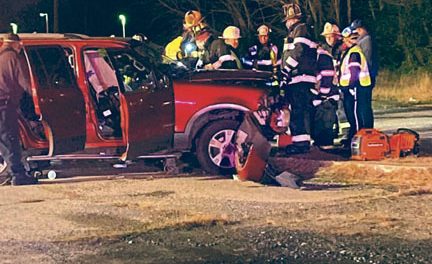 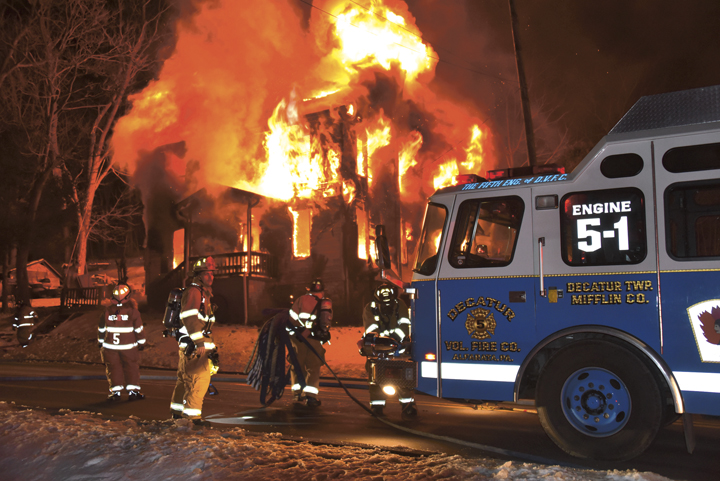