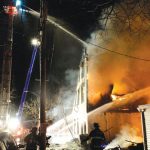 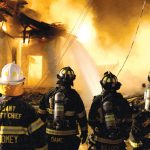 On March 12, 2017, Cohoes firefighters were called out to battle a three-alarm fire on Broadway. Flames originated in the rear of the three-story apartment building and quickly spread to the upper floors of the structure. Over 20 occupants were forced into the frigid air and watched as the Delta-side wall collapsed into the street. Firefighters were able to contain the fire to the building of origin.

What a Classy Guy!