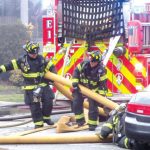 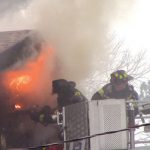 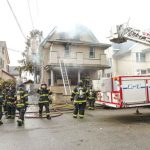 On February 1, 2017, Paterson Fire Dispatch transmitted a box for a possible building fire on E. 37th Street. As units arrived, they reported heavy smoke showing from a large 2-1/2 story frame. Battalion 1 reported heavy fire in the rear and through the roof. As lines were stretched into the building, interior crews reported fire on all floors and a second alarm was requested by Deputy 3. Several members of Ladder 1 were forced to bail out the first floor windows on the B side as conditions rapidly deteriorated; two were transported — one with burns and one with a broken collarbone. All members were evacuated from the building and the attack went defensive. After the use of a tower ladder, a deck gun and several handlines, the main body of fire was knocked down and companies re-entered the building to hit hot spots and complete extinguishment. 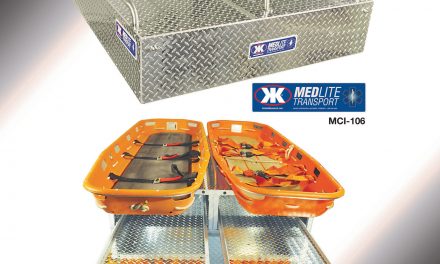