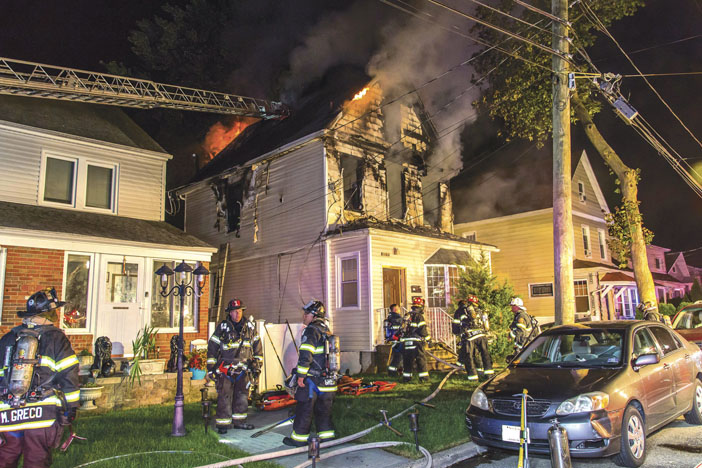 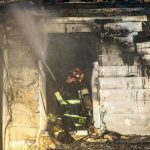 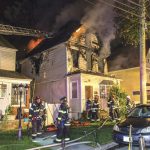 Two people were killed in a fast-moving house fire in Teaneck. At approximately 0320 hours, Teaneck crews responded to Arlington Avenue for a house fire. Minutes later, BC Dixon reported heavy fire on the second and third floors of the 2-1/2 story frame dwelling and immediately requested a third alarm, which brought several mutual aid companies directly to the scene, additional companies for cover and a recall of off-duty firefighters. With reports of victims trapped a very aggressive attack was commenced and the main body of fire was knocked down in 10 minutes on the second floor, however, heavy fire broke through the roof and the fire dropped down to the first floor in the walls. Additional handlines were stretched into the attic and first floor. All visible fire was extinguished in just over an hour. The fire was placed under control in approximately 90 minutes. One firefighter suffered burns to his leg and was treated at the burn center before being released, two other firefighters suffered heat exhaustion but did not require transport. The fire was reportely accidental but was under investigation by the Teaneck Fire Department Fire Prevention Bureau and the Bergen County Prosecutor’s office arson squad. 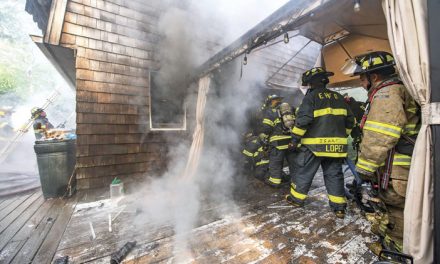 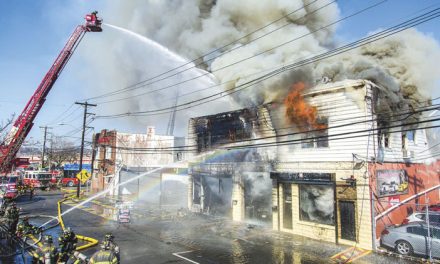 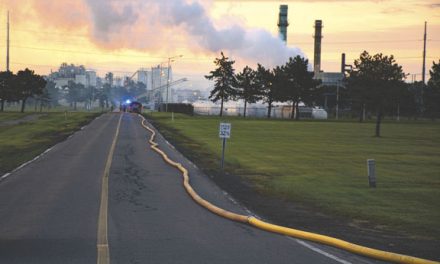