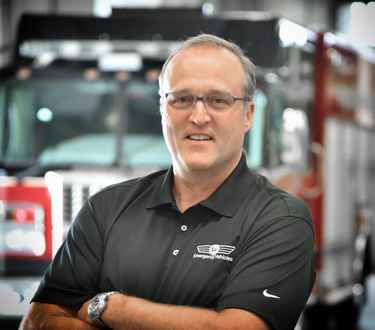 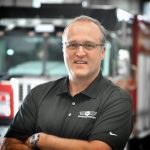 SVI Trucks is officially announcing the retirement of Bob Sorensen, the company’s Vice-President of Sales. After 35 years with SVI Trucks, one of the nation’s leading custom fire apparatus manufacturers, Sorensen will retire on January 27, 2021. Joel Konecky, currently SVI’s Western Regional Sales Manager, will be promoted to VP of Sales, and in anticipation of his move, SVI Trucks has hired Jay Adams to fulfill western sales.

On January 27, Sorensen will not only celebrate his retirement, but his 35th anniversary with the company. Sorensen began working at SVI Trucks drawing rescue trucks, which became instrumental in custom truck sales. Eventually, Sorensen transitioned into a sales manager role, holding the VP Sales title for 25 years. In 2003, Sorensen became a joint owner of Super Vacuum Manufacturing, the parent company of SVI Trucks and the family owned and operated business. Sorensen will retain ownership duties in retirement.

“I will be forever grateful to Erv Weinmeister for providing me with the opportunity to work here,” Sorensen said. “My family and I have been blessed to watch SVI Trucks grow, both in business and our dealer network. When I transitioned into sales, we were producing roughly 10 trucks a year, and we probably only had 10 dealers then. Now, we build 40-50 trucks a year, and we have 35 dealers. This growth is truly a testament to not only our apparatus line but to the many great relationships built over the last several decades. In the end, I feel confident knowing I will pass the torch onto Joel, who not only brings leadership and experience but the exact same relationships to the table. And not only that, Ron Weinmeister will continue to oversee all truck sales and operations, so I fully believe the team is ready to take SVI to the next level.”

“When we hired Joel, we were excited because he brought a wealth of knowledge to SVI Trucks that is hard to match. Not only has he helped countless departments navigate the truck building process, but his drive to develop internal processes also struck a chord with us,” Sorensen said.

Konecky will make the full transition to the VP Sales role on January 27. Konecky can be reached via e-mail at joelk@svitrucks.com or via cell phone at 402-443-9659.

In anticipation for Sorensen’s retirement and Konecky’s promotion, SVI Trucks hired Jay Adams, who brings 25 years of firefighting experience and 12 years of fire apparatus sales to his new western sales role. A former firefighter with the Charlotte Fire Department with a Bachelor’s in Fire Science, Adams retired from the department in July of 2019 as acting Battalion Chief / Captain with expertise in extrication, technical rescue and live burn training.

Meanwhile, in sales, Adams has represented multiple brands, including Ferrara and Seagrave, throughout the southeast. “I’m eager to work with Joel to expand the many great relationships he has in the western region,” Adams said. “But more than anything, I’m excited to represent the SVI Trucks brand. I’ve been a fan of this company for 20 years before I ever thought about working here. Not only is SVI the best truck manufacturer in the industry, but the company is family owned, and they care a lot about their employees and customers.”

Adams prides himself in his Lean Six Sigma Black Belt designation, championing for lean, high-quality manufacturing standards wherever he works. “Any process in a factory can be defined, measured, analyzed, implemented and controlled to create a standard that meets and exceeds the needs of the mission-critical industries we serve, and it’s also important to take the waste of material, time, engineering and effort to deliver on the timelines and budgets of our customers.”

Adams also sat on the Scott Safety advisory council, serving as the voice of the customer. “At SVI Trucks, I hope to continue to be the voice of my customers,” Adams said. Adams can be reached at jaya@svitrucks.com or via cell phone at 970-617-0984. 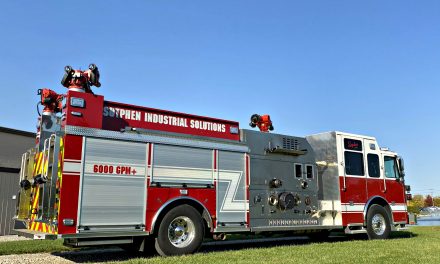 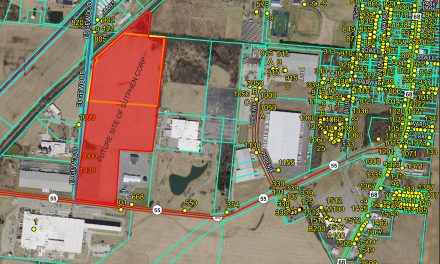